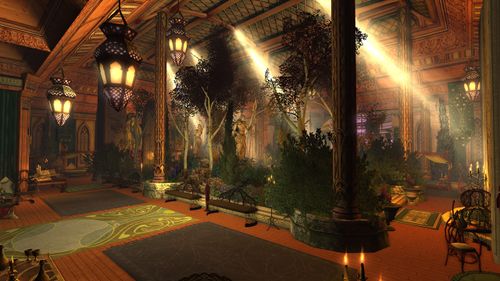 Tham Send, the Hall of Rest is an interior within the Last Homely House in Rivendell Valley. [29.6S, 3.3W]

The hall is located at the northern wing of Elrond's house, on the second floor. A group of townspeople are outside the hall enjoying an elven tune. Within this hall Elrond nursed Hithgol as well as another High Elf for many years, following the siege on the battle plain at Dagorlad at the end of the Second Age, before the latter awoke during the year 3018 of the Third Age.

Guests within the home may visit the hall, but Elrond has retreated to his library during current times. 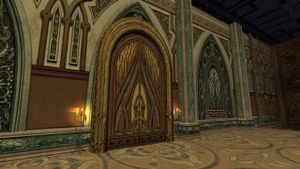 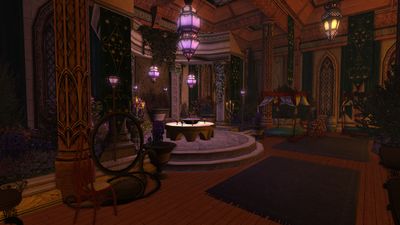 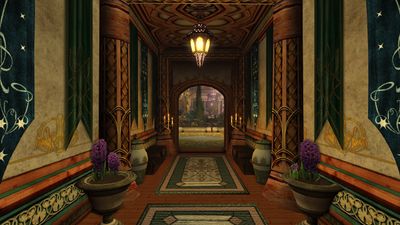 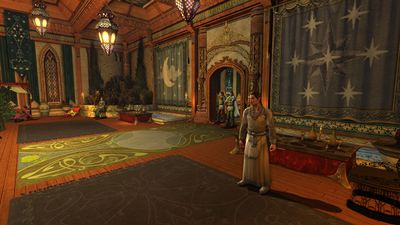 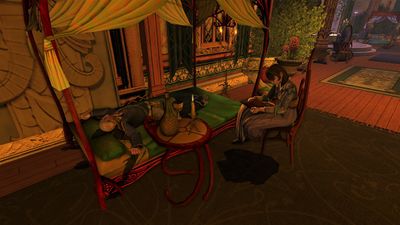