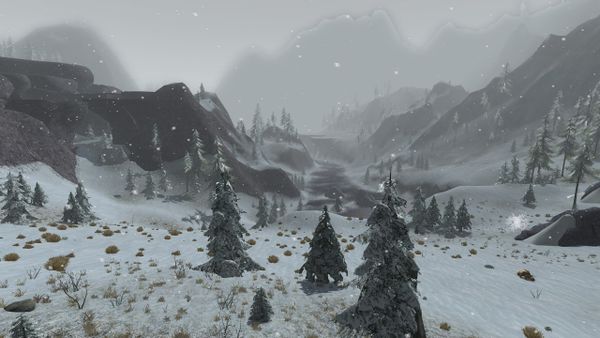 Southern High Pass is an area within the Misty Mountains in the south-eastern region.

Alongside its northern counterpart, this area makes up half of the eastern section of the Misty Mountains. This dale begins a bit south of Hrimbarg and it is warmer than the northern High Pass, seen by sections of melted ice and the water underneath trapped flows freely. The valley is characterized by the large, mostly frozen lake in the centre, snow-brushed fir trees, and rocky cliff sides and outcroppings.

Hunters of all sorts gravitate to this area for its rich population of worms that spill out of the Writhenbores, though they also need to be wary of the local Gauredain and their wolf companions who often wander far away from their camps at Erforgh Cleft. Small herds of mammoths may be found at some quiet pockets. To the west a narrow route runs to the Giant Halls via Men Helch and Ceber Los, though it is well patrolled by giants.

Minor services and stable-masters are found at Hrimbarg, in the northern High Pass, while this area contains a Camp Site Fire quite at its middle. 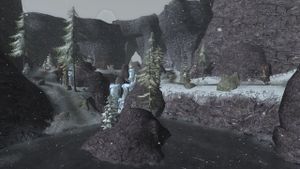 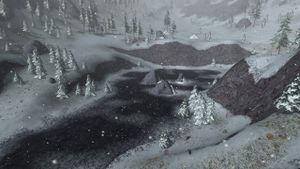 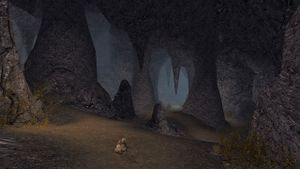