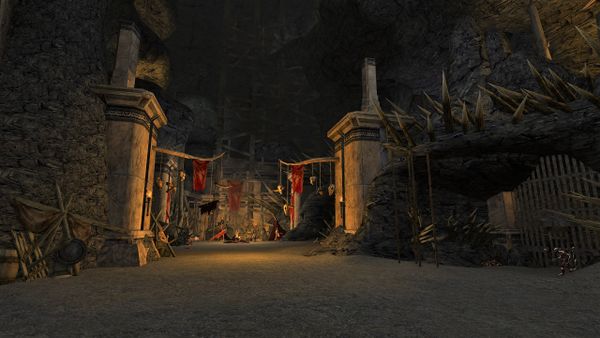 Anyone unfortunate enough to be captured by the goblins of the mountains, and not immediately killed, will likely be taken to this multi-levelled cavern. The pens can be found a fair ways into Goblin-town by traversing the eastern tunnels. Judging by the man-shaped torsos on spits, it would seem the goblins do not have any intention of keeping their prisoners here long. 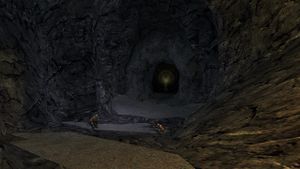 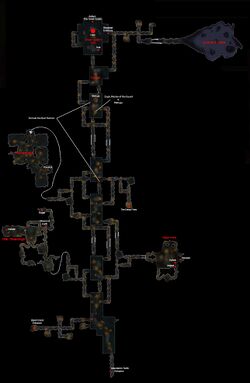 These deeds can be advanced by exploring Slave Pens:

The stench and horror of the Slave Pens of Goblin-town are the subject of dark rumour among travellers who must brave the High Pass, for it is well-known that the goblins delight in taking such folk captive and dragging them down into the depths of the Mountains where they are pressed into cruel labour in the darkness, and few ever again see the light of day. — Deed