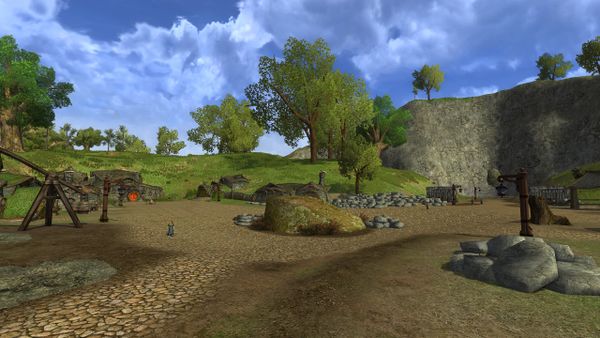 Scary is a settlement located within the area of Greenfields in the Shire. [27.9S, 66.4W]

In the northernmost regions of the Shire this small village is found tucked into the southern edge of shadowed hills that run west of the Brandywine River. The hobbits living in Scary are mainly occupied with mining at the Quarry, or rather, they were mining, because recently spiders have completely overrun it. 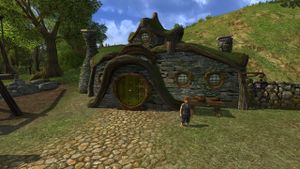 The name Scary does not associate with frightening but with the English word "scar", meaning "rocky cliff", which refers to the cliffs into which the quarry is dug.

"Fredegar Bolger (...) had been taken when the ruffians smoked out a band of rebels that he led from their hidings up in the Brockenbores by the hills of Scary".
"Great stores of goods and food, and beer, were found that had been hidden away by the ruffians in sheds and barns and deserted holes, and especially in the tunnels at Michel Delving and in the old quarries at Scary; so that there was a great deal better cheer that Yule than anyone had hoped for." — The Return of the King 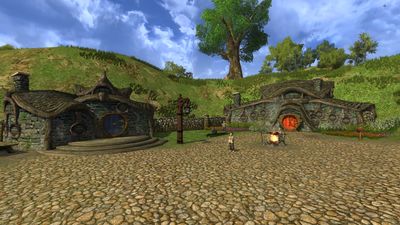 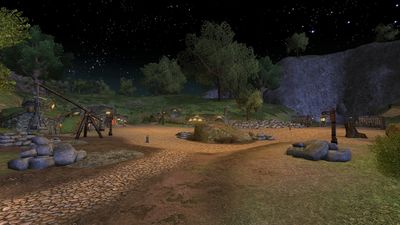 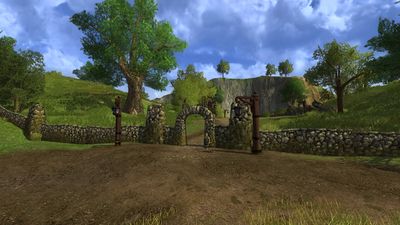 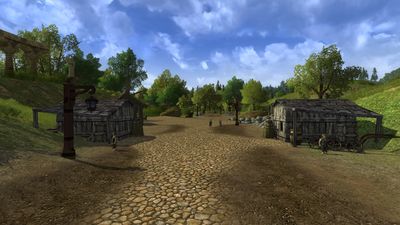 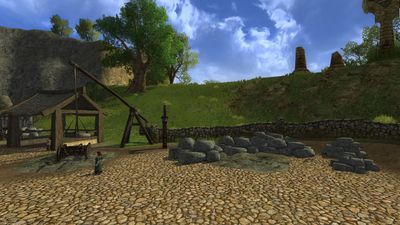