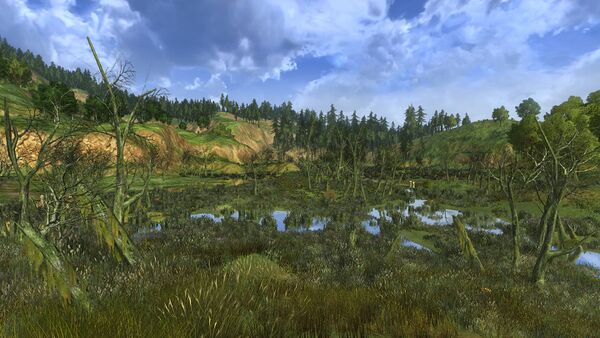 Rushock Bog is an area within the Shire in the north-western region.

These marshes south of Needlehole covers many square miles bordering to Bindbole Wood, The Hill, and the Delving Fields. It is fed by the stream that flows through Needlehole and then contributes to the Water. Its name is apparently a compound of 'rush' and 'hassock' referring to the tough and coarse grasses that grow among the marshes.

However, in spite of its boggy nature Rushock Bog sees a lot of traffic, new dwarves and elves arrive to the Shire this way and characters heading for Ered Luin pass through towards north-west. In Needlehole travellers switch horses, visit the Grocer, or find quests suggested by the inhabitants. 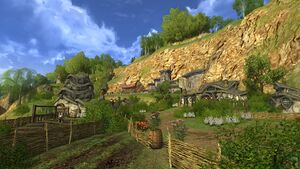 These landmarks are located within [name]: 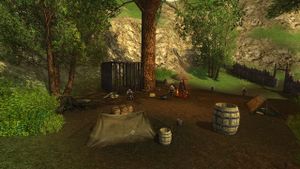 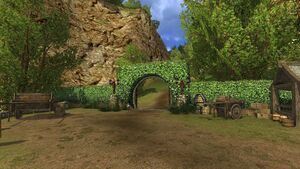 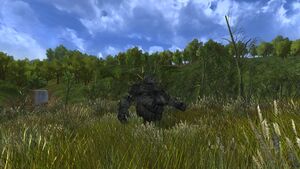 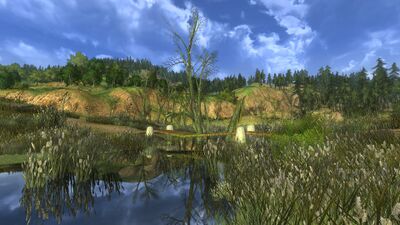 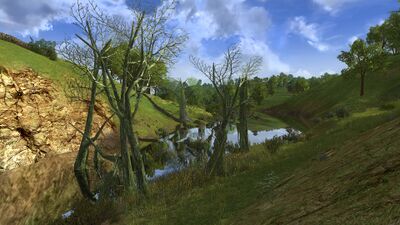 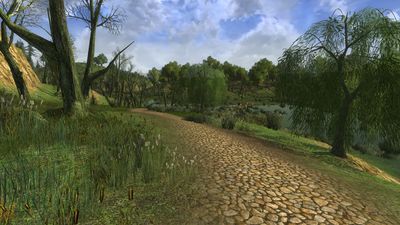 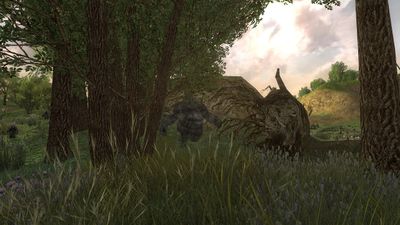 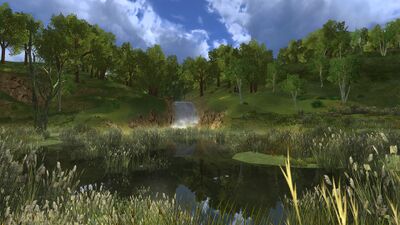 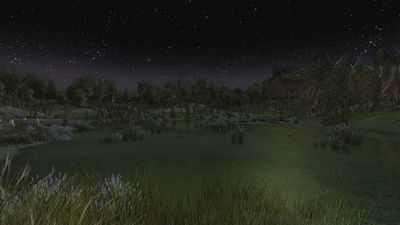