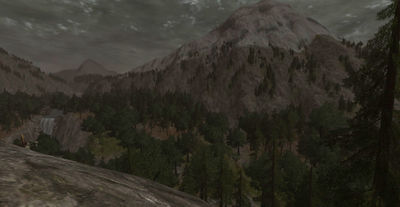 The Ringló Vale is an area within Central Gondor. It lies to the east of Lamedon and to the north of Dor-en-Ernil. As we enter the Ringló Vale we encounter the clouds of the Dawnless Day. The Ringló river runs through the vale westward towards the Bay of Belfalas near Dol Amroth.

The vale before the Dawnless Day arrived

These landmarks are located within Ringló Vale: 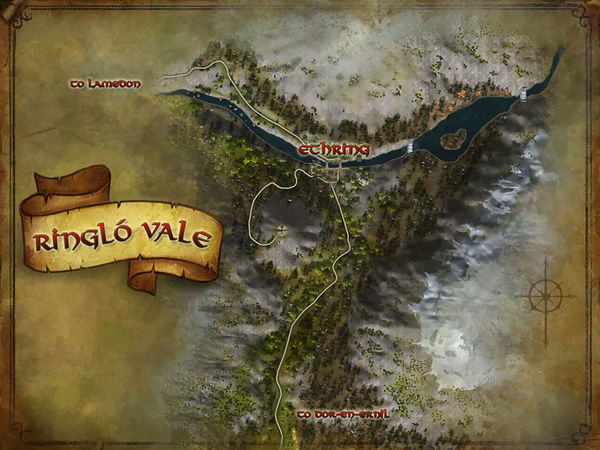 Dangerous creatures spilling from the mountains have brought pain and suffering to this once-peaceful vale. The change and fear in the air only emphasizes that it is now your responsibility to be the Beacon of Hope in this difficult time.