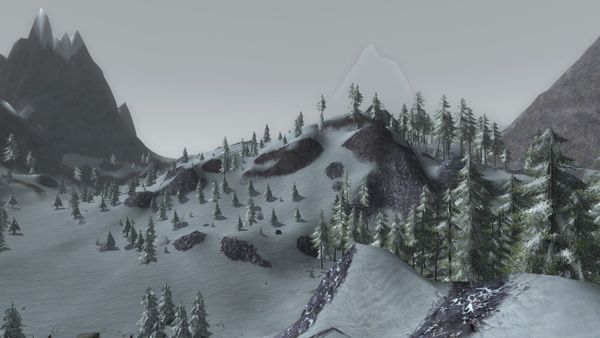 High Crag is an area within the Misty Mountains, in the central region.

This area lies crammed between steep ridges, south-east and south of West and Bruinen Source East respectively, and north of Giant Halls. To the south there are two narrow passes; the western is guarded by the Dourhand fortress of Gabilazan, while the eastern is guarded by the trolls and giants of Rakhâs-bizar. Pockets of forests with bears, hawks, and mammoths are spread around the hillsides and the many dead-end valleys. Some ruins remind explorers about when dwarves mined here for gold and silver.

Rakhâs-bizar may sound dangerous but it can be traversed quite quickly if just keeping the distance to the rather sluggish monsters there. The dwarves of Gabilazan may pose less challenge but the gate to Giant Halls is guarded by giants. Within Gabilazan's the Gabilazan Vault and Halmur Stoneshaper's Tomb fall within this area.

Quite centrally High Crag Camp is found, and it offers a Stable-master, Provisioner, task-board and many quests. All in all High Crag is one of the most trafficked areas of the Misty Mountains. 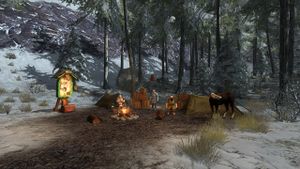 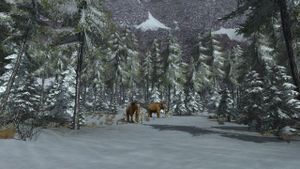 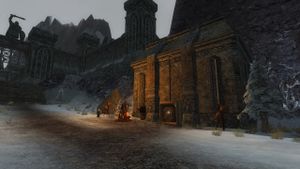