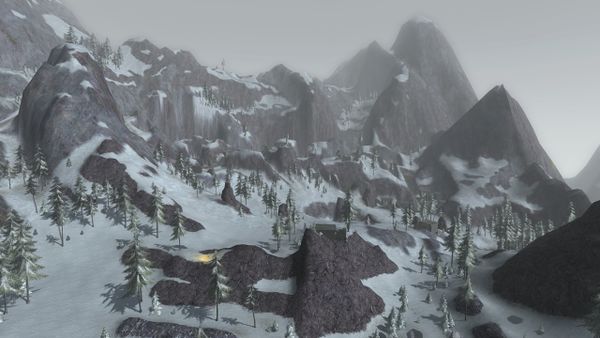 Giant Halls is an area within the Misty Mountains, in the southern region.

South of High Crag, lies a wide, snow-covered bowl amidst the surrounding ridges, littered with many hills and boulders. The Giant Halls provide adventurers with an array of big game, in the truest sense of the word. Some locations see higher concentrations of one or the other but the area as such contains a mix of giants, mammoths, snow-bears, and trolls. Big game!

Giant Halls is reached through only three passages, all very well protected: Gabilazan in the west is currently occupied by a large force of Dourhand dwarves; Rakhâs-bizar to the east is protected by a mix of snow-bears, trolls, and giants; and to the north-east a narrow, winding pass runs via Men Helch to the Southern High Pass, well patrolled by many giants. [29.1S, 2.5E]

For the lone adventurer, Rakhâs-bizar is the least stressful route. It is possible, though not easy, to avoid combat in this pass; the same cannot be said for the other entrances. The area provides a Camp Site Fire with a Mustering Horn, located very much at its centre. 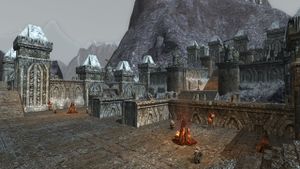 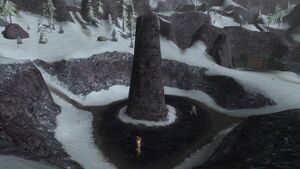 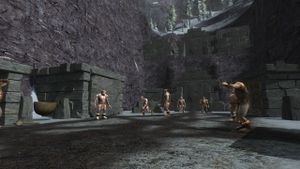