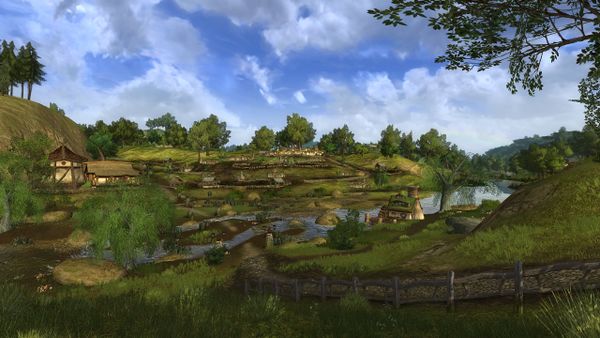 The Bridgefields is an area within the Shire, in the eastern region.

The fields north of The Water and north-west of the Brandywine Bridge are known as the Bridgefields. The road from the Great East Road northwards to Scary and Greenfields beyond, runs through this area, just west of Budgeford. 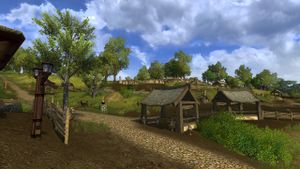 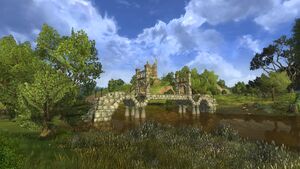 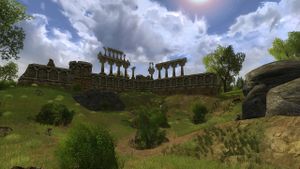 These landmarks are located within Bridgefields:

One of the most easterly parts of the Shire, Bridgefields was a stretch of about ten miles that lay along the East Road immediately before it reached the Brandywine Bridge and left the Shire. In the western parts of Bridgefields were the townships of Whitfurrows and, a little to the north, Budgeford on the Water. Budgeford was best known as being the home of the Bolger family, one of whom - Fredegar - played a part in the departure of Frodo on his journey to Rivendell. — lorebook 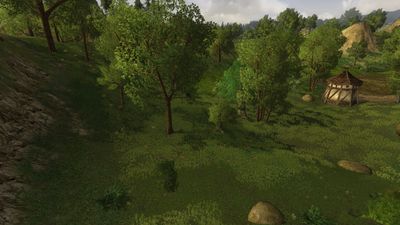 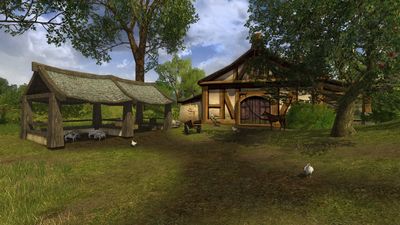 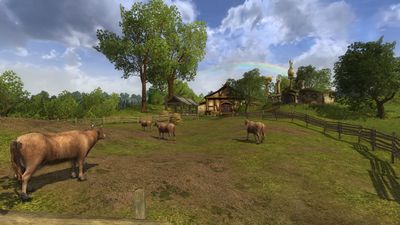 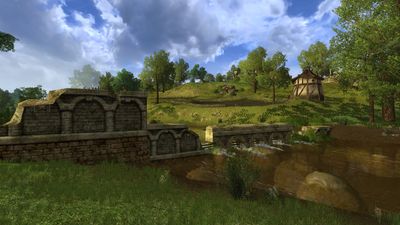 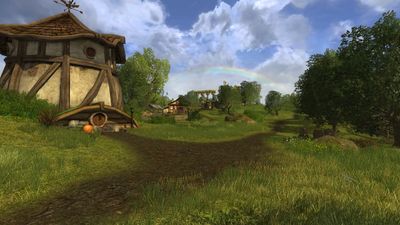 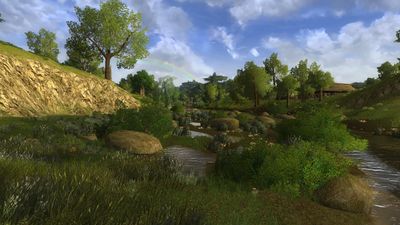