This page is about the White Company outpost. For the quest instance, see Barad Elenath (Instance). 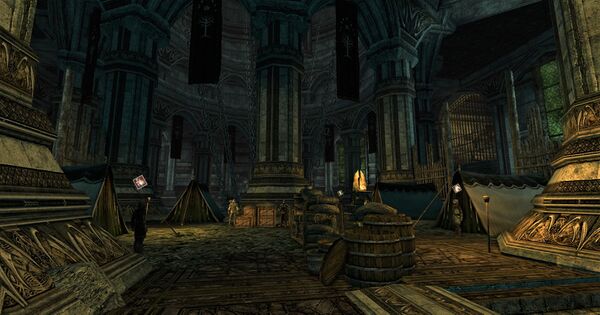 Barad Elenath is a settlement within Minas Morgul, in the Morgul Vale. [66.7S, 0.6E]

Barad Elenath, the Star-gazers' Spire, was once a place of study and learning. From its great height the scholars of the city spent night after night studying the moon and the stars, but that was long ago. The merrevail of Lhaereth the Stained claimed this tower, and have only just been driven away. The tower serves now as a foothold for the White Company's reclamation of Minas Morgul.

These deeds can be advanced by visiting Barad Elenath.