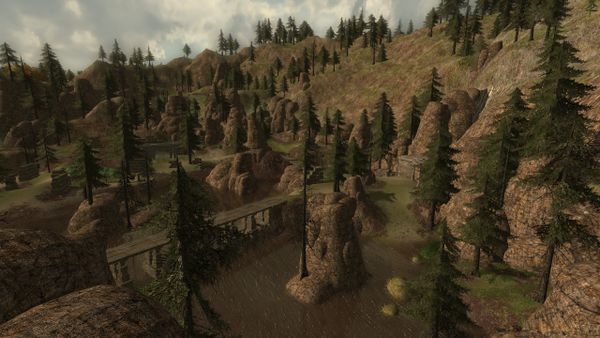 The Stonemere is a landmark within Giant Valley, in the Trollshaws. [35.2S, 5.6W]

In the eastern part of Giant Valley is a lake, stone bridges, and a large settlement built by giants. This section of the Giant Valley is quite scenic, with beautiful waterfalls and ponds sheltered by mountain ridges all around.

The thunderous giants have built several stone structures to settle in, and bridges over the shallow ponds. But any intruders must fight their way through as the giants have sworn allegiance to the Iron Crown. These giants also keep pet worms which loyally guard their masters to the death. Caution should be exercised if going head to head with these elite giants. 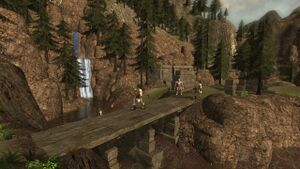 A bridge between sections of the settlement