This gate is the last structure of The Shire travellers see before journeying west into Emyn Beraid and to Ered Luin beyond. The Rushock gate stands open and freely lets travellers through, unlike the two southern Shire gates, Downs Gate and Southfarthing Gate's second gate.

The region around this location is meticulously designed in Lotro, which suggest a traveller a last stop for a third breakfast while admiring the two stone bridges, probably dwarf-built, and the picturesque surroundings. Then a step through the gate swiftly takes the character to The Eastway near Duillond. 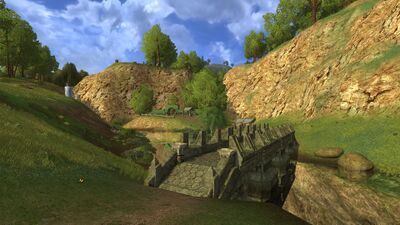 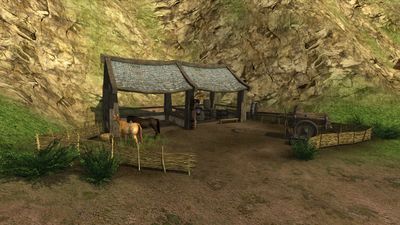 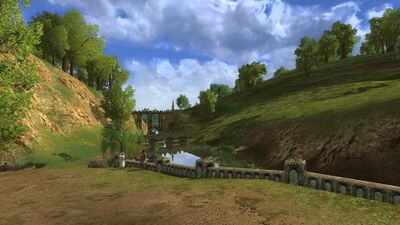