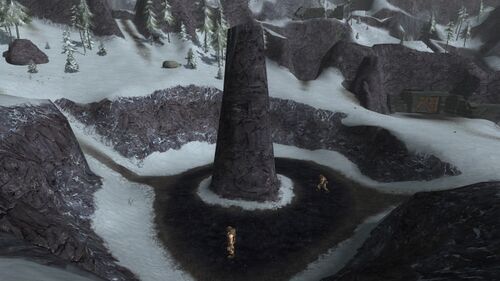 The Giant's Needle is a landmark within the Giant Halls in The Misty Mountains. [30.4S, 3.5E]

In the center of the eastern section of Giant Halls, down a hollow, this towering menhir stands erect, visible from afar. A few of the local giants are patrolling the hollow, but many more are roaming its perimeter alongside their snow-bear pets. While the purpose of the needle is unknown, it is even more curious why the giants haven't knocked it down yet, perhaps holding some sort of reverence for the spire.

Note: It is actually possible to visit the top of the needle by drinking from an Inn League Keg or using a Mug of Triple Strength Brandy.

The Giant's Needle is simply a massive stone spire erected by the Giants of the Misty Mountains. No purpose has ever been found for it, nor is its construction all that remarkable given the size of its builders.

What is perhaps most remarkable about the Giant's Spire is that none of the giants has ever gotten around to knocking it down just for fun. It is this that leads scholars to believe that it does indeed have some meaning or purpose, but even the wise cannot guess at what that might be. — Deed text 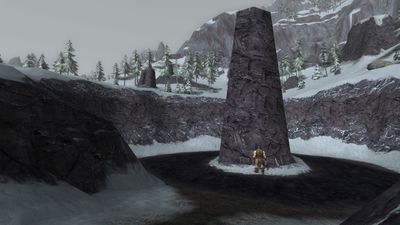 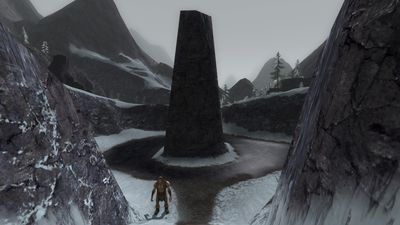 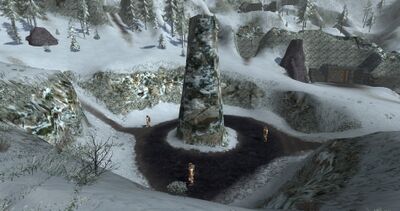