From Lotro-Wiki.com
(Redirected from The Entwash Vale)
Jump to navigation Jump to search 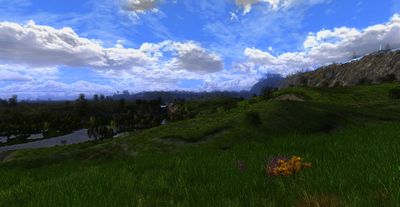 Entwash Vale is an area within East Rohan. It is located to the south of the Eaves of Fangorn, north of the Sutcrofts and west of the Norcrofts.

These landmarks are located within Entwash Vale:

This is the lists of quest in this area in the order in which they are made available to the character. Quest givers may or may not be visible until you have completed the previous quests in the sequence.

This is the list of quests for this area in the order in which they are found in your quest log (alphabetic) under this heading.

An unmarked hard to find location is Éomer at the Stone of Wyrgende [52.8S, 63.9W] and is located in between Eaworth and Garsfeld. 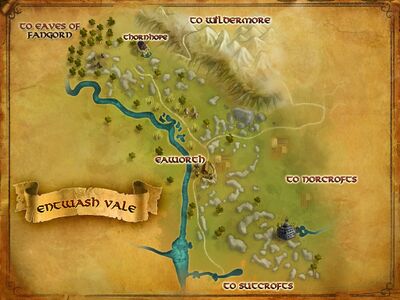 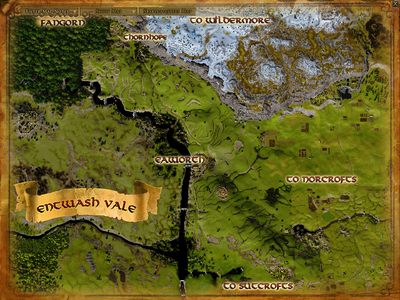 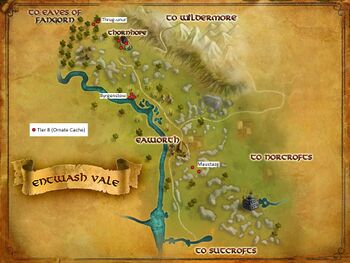