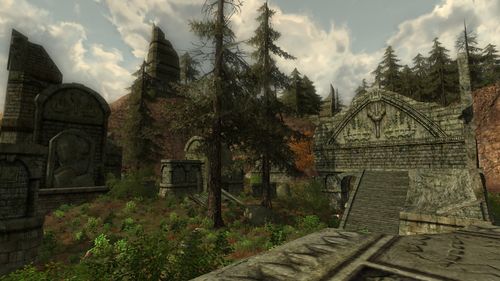 Ost Dúrgonn is a landmark within South Trollshaws in The Trollshaws. [31.8S, 20.7W]

This ruined fortress lies high above the forests of South Trollshaws and may only be reached by a narrow path from the south-west. These days the ruins are occupied by a dense population of fierce cave-claws that have built burrows within.

Ost Dúrgonn was constructed by the ancient Kingdom of Arnor to stand guard over the main crossing into the Trollshaws and thus deny it to invaders from the East -- however, the greater threat proved to be from the North, and this fortress fell into misuse and eventual ruin as wars raged elsewhere. 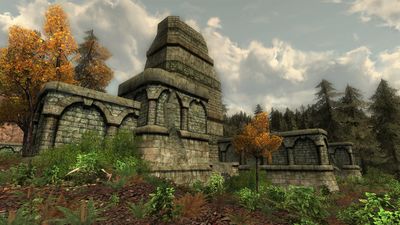 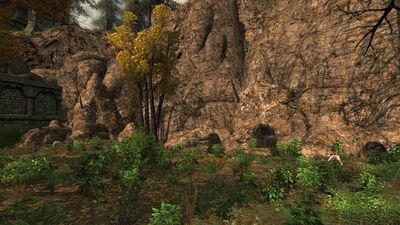 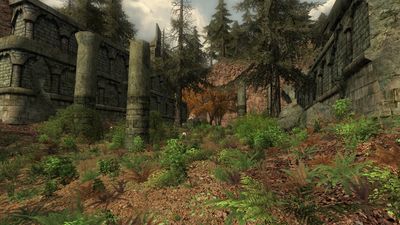 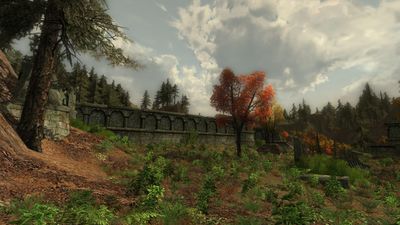