This page is about the settlement in Azanulbizar, T.A. 2799. For the Raid in the War of Three Peaks, see Amdân Dammul, the Bloody Threshold. 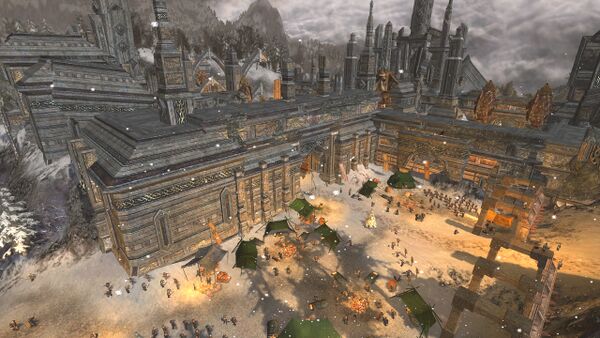 Amdân, the Threshold, was once a trading village that grew beneath the stone arch that marked the southern border of the realm of Khazad-dûm since the time of Durin the Deathless. Abandoned with the rest of Moria after the appearance of Durin's Bane, Amdân now serves as the war-camp of the Haban'akkâ as they approach the end of the Sixth War of Dwarves and Orcs. Representatives of all of the Seven Houses can be found here, under their own banners and that of Thráin, who has called the army together in vengeance for his father Thrór. 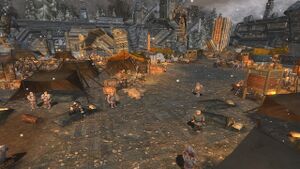 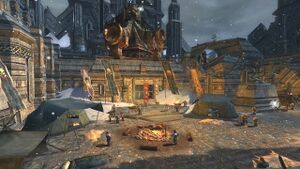 The following services can be found around the war-camp at Amdân:

The following deeds can be advanced here:

Below quests are unlocked after completing Chapter 5: The Bitterest Victory
Hermáth Stormhammer

The following NPCs can be found around the war-camp at Amdân: