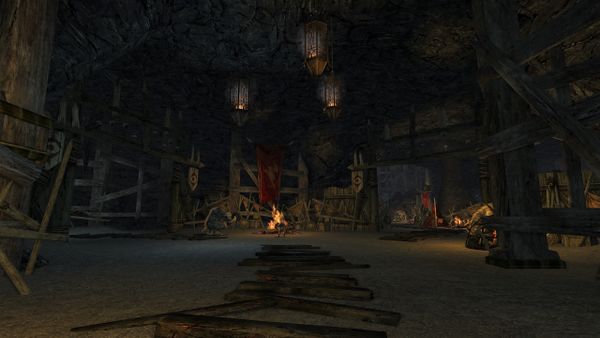 Thundergrot is a landmark within Goblin-town, in the Misty Mountains. [21.8S, 6.2E]

This deep cavern is only accessible by descending the crude scaffolding constructed by the goblins, deep within Goblin-town's western tunnels. The booming sound of cave-trolls beating their drums, so as not to be beat by their goblin masters, can be heard. 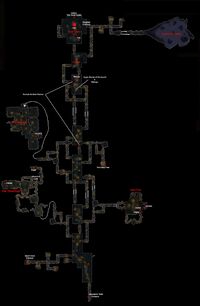 These deeds can be advanced by exploring Thundergrot:

Thundergrot is aptly named for the enormous booming sounds that echo through the surrounding caves and passages. This thunder is produced by massive drums carried by the Cave-troll Drummers bred and enslaved by the goblins and employed when they raid larger settlements under cover of night. — Deed

There is just one way to go downstairs upon entering. At the bottom, head south and the chamber opens up into several small rooms.