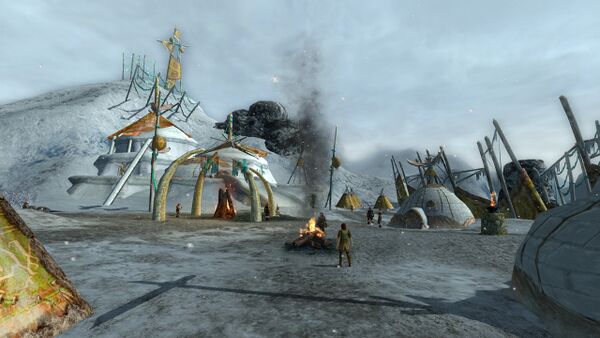 Pynti-peldot is a settlement located within the area of Itä-mâ in Forochel. [11.4N, 69.7W]

This larger hunting camp is found at the northern end of the southbound road to Kauppa-kohta and Evendim beyond, just by the junction of the east- and westbound roads of Forochel. Pynti-peldot is Finnish for "hunting fields", a reference to the main occupation of the locals, being hunters and fishermen. For some of them this is their homestead, others stay here for longer periods gathering food, pelts, and other materials for their families living elsewhere. The camp consists of a large central lodge inhabited by the camp's chieftan, Ora, as well as a handful of smaller igloos surrounding a large bonfire. Pelts, tusks, and bones line the walls and hang from the banners of the camp displaying some of the many bounties taken by the hunters.

Pynti-peldot provides some basic services, including a Stable-master, Milestone, Mailbox and a Tasks Bulletin Board, as well as a Supplier and Provisioner, and a Healer. Also found within the camp is a Champion Trainer who has not only lost his fellowship, but also his priceless sword as well. The locals may behave unfriendly but they are willing to hand out quests so that Outsiders may prove themselves. 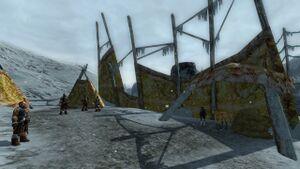 The following services can be found within the settlement of Pynti-peldot: 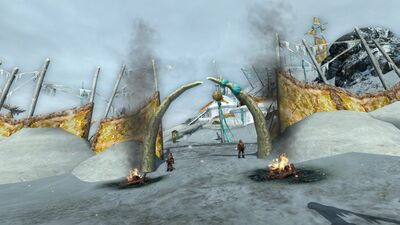 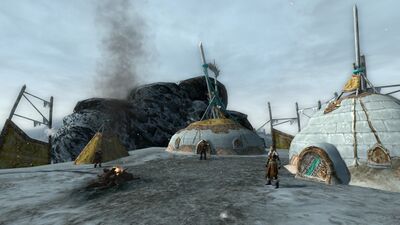 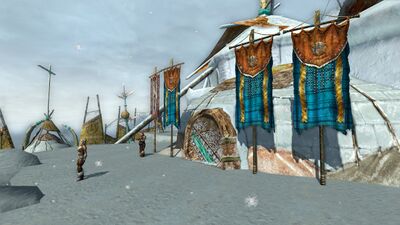 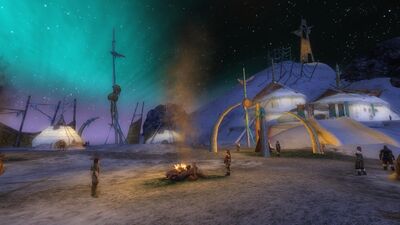 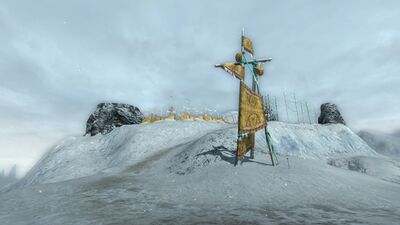