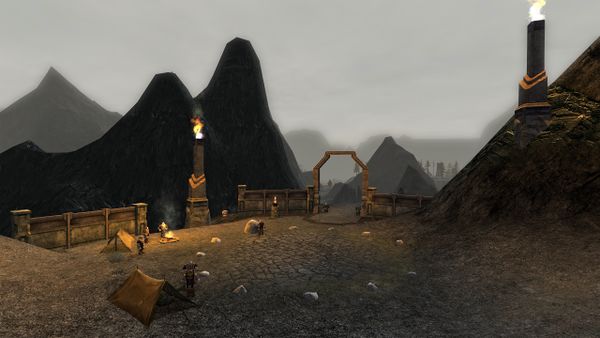 Myrkworth is a settlement located within the area of Imlad Balchorth in Angmar. [6.9N, 25.9W]

This dwarven camp is found nestled atop the high hills that separate Imlad Balchorth to the west from Nan Gurth to the east. Three gates provide entry into the outpost from the north, west, and south, though the northern gate leads to a ridge inaccessible from anywhere but the camp. The dwarves of this camp ventured forward from their southern mining outpost, Gabilshathûr, in an attempt to push back the evil that encompasses the area.

Those who manage to find their way to the camp will be offered with minor services: a Provisioner, Camp Site Fire, and Milestone. There is also a rally point in the center of the camp for those who find themselves overwhelmed by the dead in the barrows below. The inhabitants here offer quests to combat the forces of Angmar and the dead that grow in number by the day. 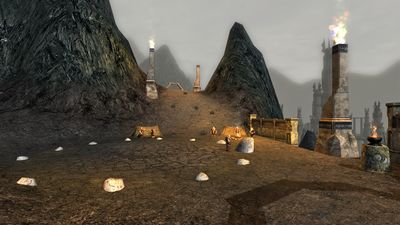 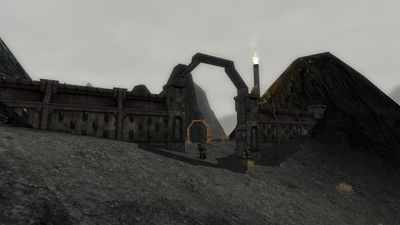 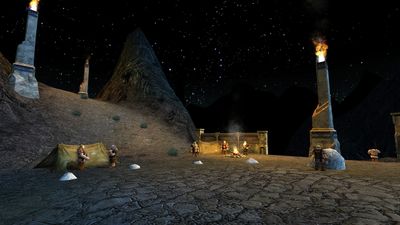 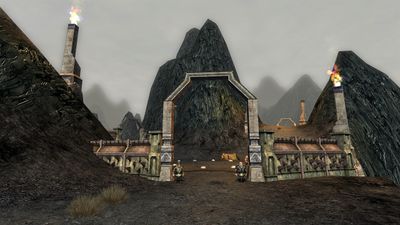