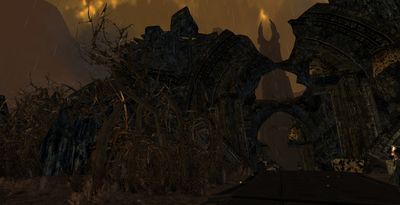 Orthanc still stands behind the fallen walls of Isengard

The ruins of Isengard (after) represents Isengard (Nan Curunír) after the Battle of the Hornburg - March 3-4. 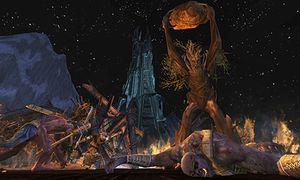 The breaking of Isengard at the hands of the Ents

During the Battle of the Hornburg, March 3-4, the Ents of Fangorn Forest, led by Treebeard after prodding by Merry and Pippin, marched upon Isengard.

The Ring of Isengard has been ripped apart and the entire Vale of Nan Curunír flooded as the Ents shattered Saruman's dam holding back the River Isen.

A Huorn of Fangorn Forest that can guide you to Derndingle 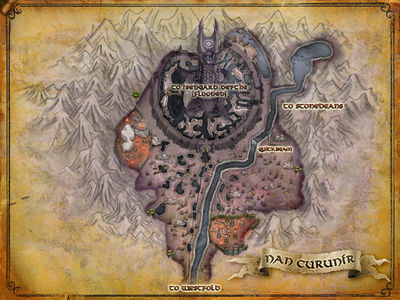 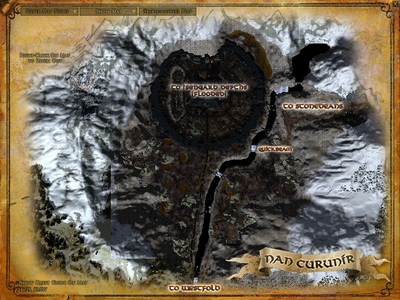 The Game Mechanics of LOTRO allow the player to simply and easily move between the two locations depicting the two events. 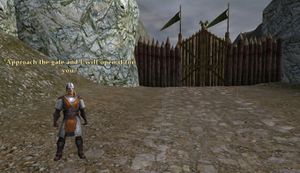 Before the Battle of the Hornburg

West Rohan was introduced with Update 12, the Helm's Deep Expansion.

After the Battle of the Hornburg

The Gap of Rohan was introduced with Update 4, the Rise of Isengard Expansion. 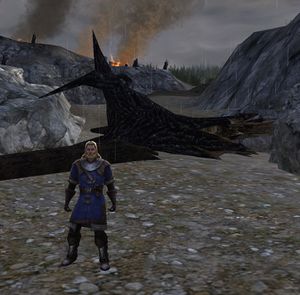 Cross the ford and ride toward Grimbold's Camp, turn west, toward River Watch (to the left) and a fallen tree -- This takes you to the Gap of Rohan outside Grimbold's Camp.

"You must climb over this fallen tree to go further west." 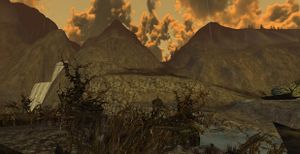 The Stonedeans lie beyond this pass from the FLooded Isengard

Returning takes you to Entwood. 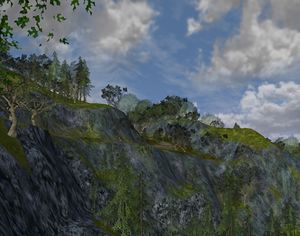 The pass between the Stonedeans and the Entwood 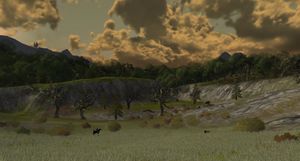 The pass between the Broadacres and the Entwood