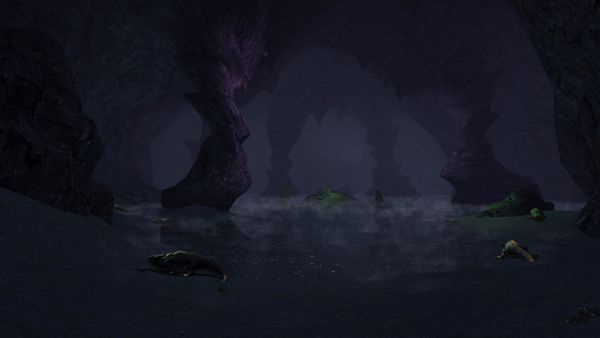 The location of this cave and its lake is deepest within the goblin caves and tunnels. Coming from Eglanúr, at the last fork the left passage leads to the Goblin-town Throne Room, but further off to the right is this hidden cavern. Once inhabited by Gollum, now only worms await along the shore of the cave's lake. Few have seen this cave aside from the fabled Hobbit burglar, Bilbo Baggins. 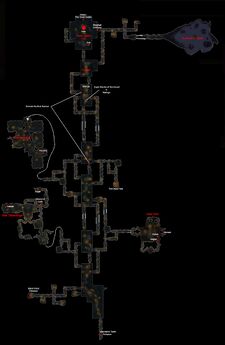 These deeds can be advanced by visiting Gollum's Cave:

Gollum's cave is a dark, silent lake nestled down near the roots of the Misty Mountains, and it is said that even goblins fear it greatly and rarely come here.

The famed Hobbit-burglar Bilbo Baggins stumbled into this cave long ago, and there met the wretched creature Gollum. It is said he won his freedom through a Riddle-game, but there is rumour that he did not play fairly. — Deed