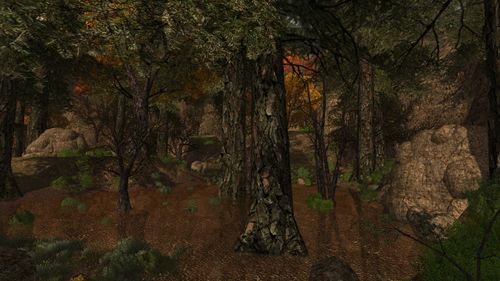 Gladdalf is a landmark within North Trollshaws in The Trollshaws. [25.6S, 16.8W]

Gladdalf is a large area in the northeastern corner of the North Trollshaws, from The Wovenvales in the south-west, bordering to Nan Tornaeth in the south and south-east, until the steep mountain ridges in the north. In this wide vale of twisted trees and rocky boulders, corrupt wood-trolls have settled down among the festering pools of water. One can also find bog-lurkers sulking in the pools and vile huorns walking throughout the grove. Travelers would be wise to steer clear of this area, but those determined to venture through should do so with caution.

To its north the deep-winding Laenan cave system is found, a level 65 Public Dungeon. 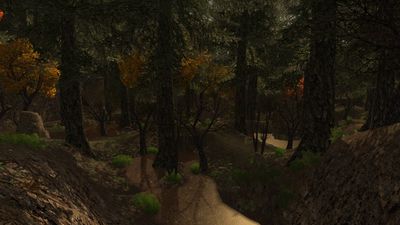 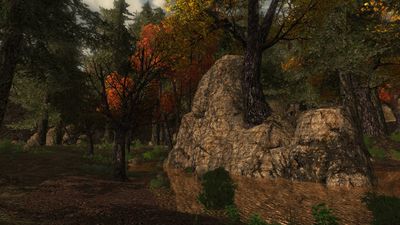 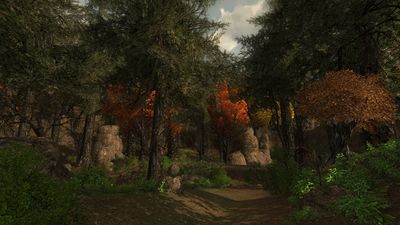 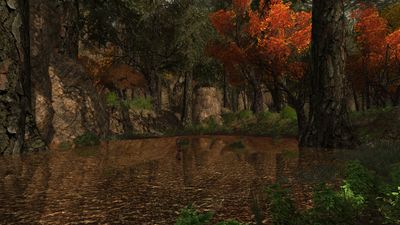