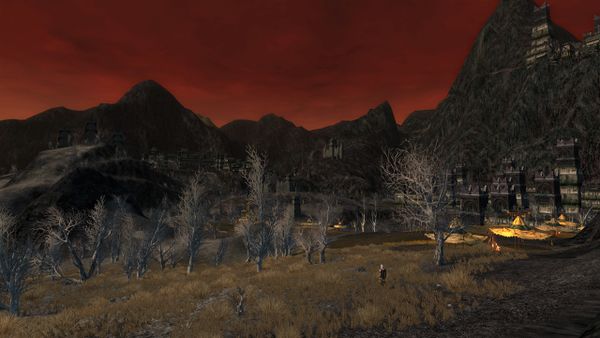 Fasach-falroid is an area within Angmar, in the western region.

This area is located north of Fasach-larran and under the towering Carn Dûm to the north-east. Large hordes of Yrch and Angmarim have been sent to control this area through terror and war, driving off almost all people who honour justice and freedom. Hill-men swayed into pledging their allegiance to the Iron Crown have been met with subjugation and thraldom as they are forced to hunt and farm to feed the forces of Angmar.

Just like its sister area of Fasach-larran, wargs are prowling throughout looking for their next meal. Otherwise there is little difference in environment, though it seems the land may be more fertile, as the hill-men have managed to set up a handful of fields where they cultivate pea-plants hardy enough to survive the conditions. Atop a hill set between the two areas lies the Cairn of Honour, where tribes can initiate the ritual of Clúcath to determine the leading tribe.

A small group of rebels is huddled within the eastern town of Donnvail, remaining loyal to the free Trév Gállorg tribe. Though, the western town of Dûn Covád remains entirely inhabited by Yrch and Angmarim, guarding the long passage to Carn Dûm by use of grim Ancient Watching-stones. (Note: The Gates of Carn Dûm Key is required to open the gate at the end of the ridge.) 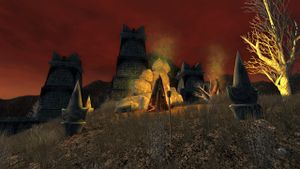 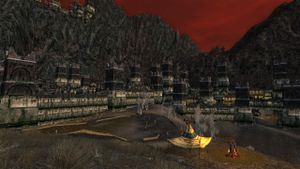 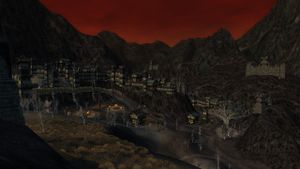