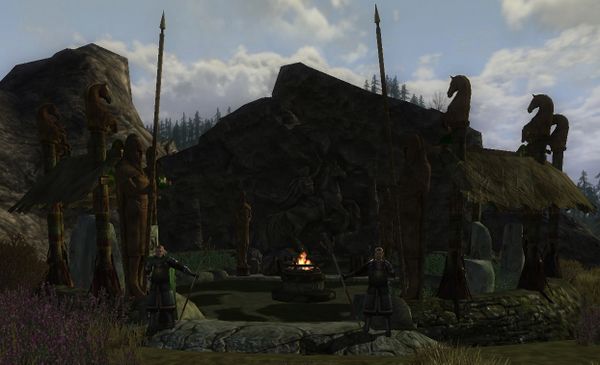 Eorl's Hallow, also referred to as "Memorial of Eorl" on the map of The Wold [45.6S, 51.2W] This memorial was erected on the site where he fell in battle.

The eight stones depict the life of Eorl The Young, First King of the Mark.

The runes used are Futhorc (the ones portrayed on Thorin's Map in The Hobbit) which can be found as well on the Stone of Wyrgende and in Meduseld.

You can find the hallow a short ride south of Harwick/Feldburg/Fang Point.

A model of the Hallow is available for display on the lawn of your home: 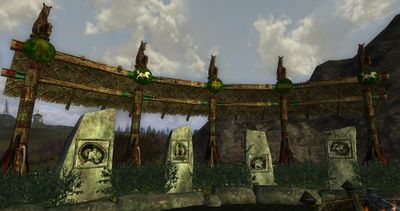 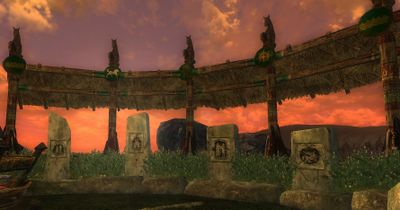 The shields arrayed around the hallow bear four emblems: the Horse, the Sun, the Hauberk, and the River. The horse and sun are common elements of Rohirric heraldry, while the hauberk and river are the emblems of nearby cities: Harwick and Floodwend, respectively.

Beginning immediately to your left as you enter the circle and proceeding clockwise: 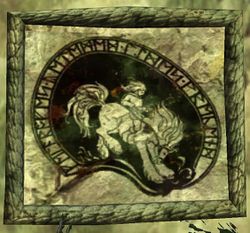 The Inscription on the first stone

We see Eorl at young age taming Felaróf, first of the Mearas, the horse that has killed his father, Léod. Eorl demanded that Felaróf would serve him, avenging (wrecend) thus the death of his father (TA 2501). 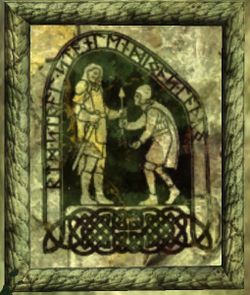 The Inscription on the second stone

The Red Arrow (read stræl) of Gondor is brought before Eorl summoning (laðung) him to aid the people of Gondor (stanlendingas, the Old English rendering from Sindarin "Gondor", Land of Stone) against the Balchoth (TA 2510). The messenger we see is Borondir, bearing a message from Cirion, who was Stewart of Gondor at that time. 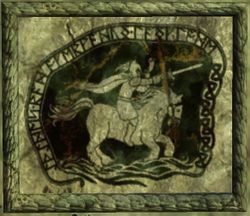 The Inscription on the third stone

We see Eorl leading the Éothéod (as the Rohirrim were called when they still inhabited northern lands) to the south, along the Eastern shores of the Great River (langflode, the Old English rendering of Anduin, the Great/Long River). 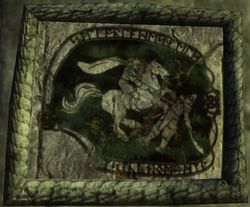 The Inscription on the fourth stone

We see Eorl triumphing over/slaying the Eastern Kings (eastcyninges) on the Field of Celebrant (Seolforlades Feld, the Old English rendering of the Sindarin "Celebrant", Silver-course). 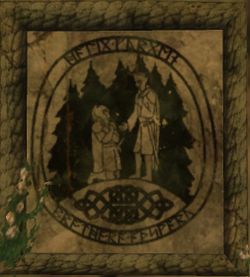 The Inscription on the fifth stone

Three months after their victory the brothers-in-arms (brothora) Cirion and Eorl meet on Halifirien (the Holy Hill, Halig Fyrgen) to swear oaths (aðswarc)) of mutual protection. The province of Calenardhon is given to Eorl and his Éothéod as a gift. 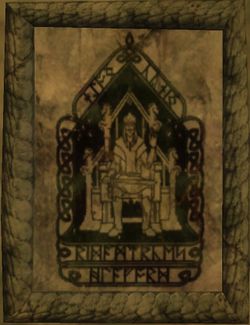 The Inscription on the sixth stone

The young king (géong cyning) Eorl, Lord of the Riddermark, is sitting on the throne of Rohan. Note that Meduseld is not yet built at this time. 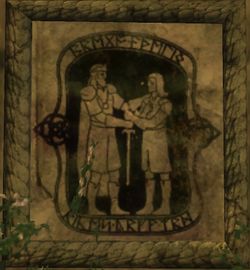 The Inscription on the seventh stone

Brego, Prince (æðeling) of the Markand heir (yrfweard) to the king together with his father. (I don't know if Eorl handing him a sword has relevance, I have to check) 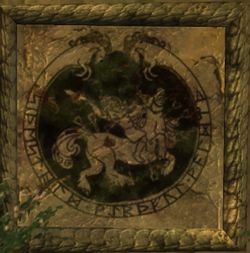 The Inscription on the eighth stone

Rohan is attacked by Easterlings in TA 2545, a battle in which Eorl falls - he is struck by arrows in battle (siðest hild) and has an honourable death in battle (wirðful wældeað) 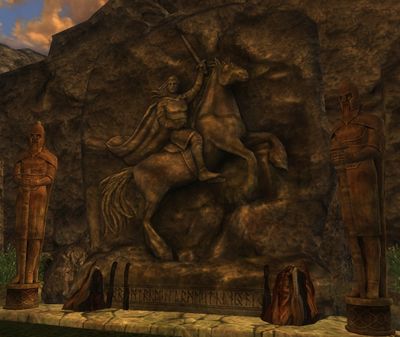 In this place Eorl, First King the Mark, has fallen.

The Inscription on the head stone

Lament for the Rohirrim

"Thus spoke a forgotten poet long ago in Rohan, recalling how tall and fair was Eorl the Young, who rode down out of the North," Aragorn explains in The Two Towers, chapter 6.

Use in the Heraldry of Rohan

While this poem already features prominently in Tolkien's novels, the developers of LOTRO assigned it an additional meaning - that of a call to the Reeves of Rohan, by the symbols of their houses (and thus of the regions they rule).

Published on Oct 23, 2012
Based on a poem by Cennwyn (Landroval server), BBB brings you The Ride of Eorl. Featuring a cast of thousands. Well, lots anyway. More than three.