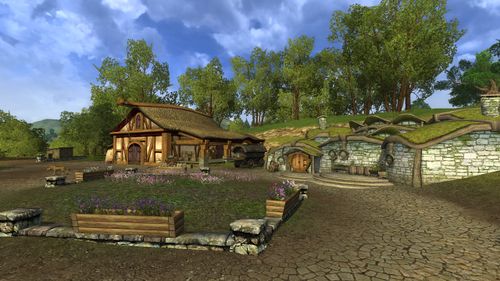 Dora Brownlock is a chicken farmer and owns one of the largest farms in the Shire, just north of Waymeet. However, wolves has roamed south from and south of the their den and the poor Dora has fled to Waymeet.

This location is involved in the following deeds:

The following creatures are found within Dora Brownlock's Farm:

Dora Brownlock owns one of the largest farms near the sleepy village of Waymeet. She has been having troubles with wolves recently. — Deed text