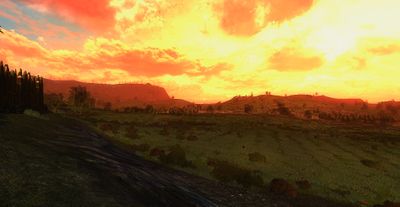 Broadacres is an area within West Rohan.

At the heart of Rohan lies the Broadacres, a region of prime grazing land governed by Fríthild, the only woman to hold the seat of Reeve. Trained from childhood in the ways of a shield-maiden, she mentored a young Éowyn in the art of battle.

Now her Riding is under assault by forces from Isengard. The Warg-riders of Saruman sweep into the Broadacres to burn and destroy with unrelenting fires that consume large swaths of grassland outside Stoke. Catastrophe looms as the flames encroach on the Riders' settlements.

In the north, the village of Torsbury is assaulted by Dunlendings, pressing their invasion out of the Stonedeans in a mad crusade to reclaim their homeland of old.

Reeve Fríthild now rushes to prepare for the inevitable siege of Stoke, the capital of the Broadacres.

A flat and fertile land of rich soil and swaying, grey-green grass, growing so high in places that it reaches the knees of a man on horseback. The land is among the least rocky in the Mark, and while a few chestnuts and elms dot the landscape, most of it is treeless.

Reeve Fríthild is the sole woman to rule a Riding in the Mark. A shield-maiden by birth and training, she was the only child of the former knight, Fríthgist, who raised her like a son. When Éowyn visited Edoras as a child, Fríthild treated her like a foster-sister. Ever since, Éowyn has wanted to follow her footsteps and wield a sword in battle.

These landmarks are located within Broadacres: 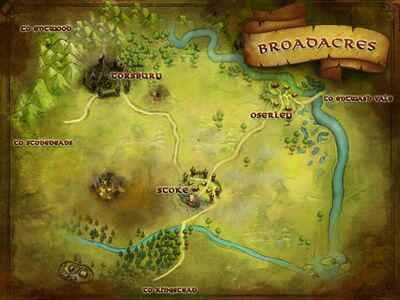 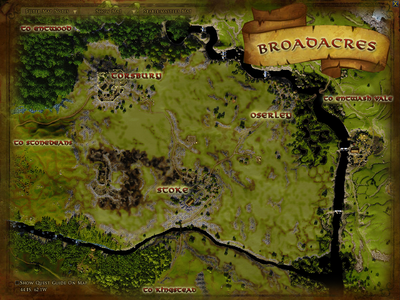 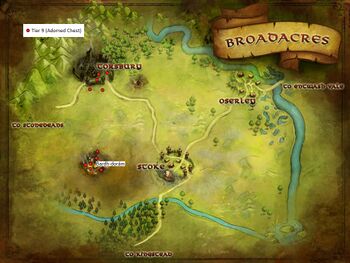