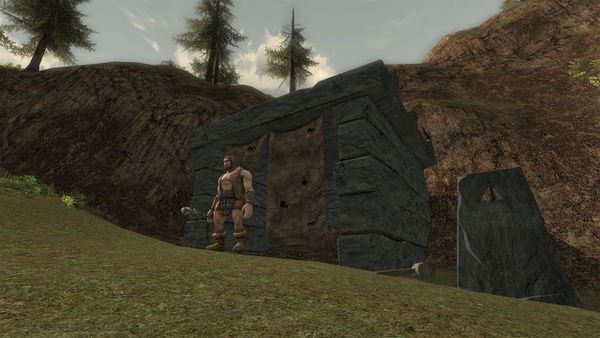 Just south-west of the northern rift leading into the Giant Valley and at the foot of the mountain ridges, a very small camp is set up by a friendly giant named Arifael. Considering the dangerous area and the dark tidings from both east and north, befriending him may be a wise decision. He is concerned with his brethren's recent allegiances. 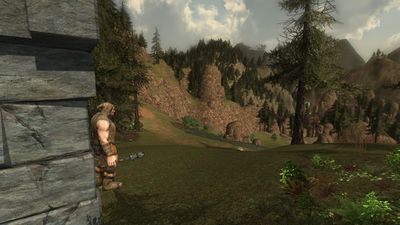