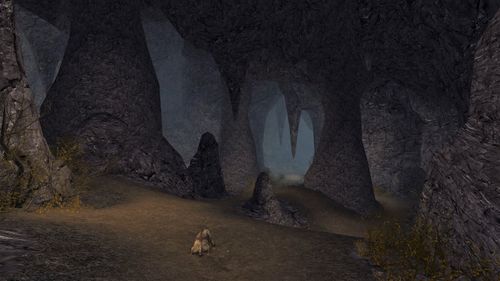 The Writhenbores are a landmark within the Southern High Pass in The Misty Mountains. [26.6S, 9.0E]

The Writhenbores consist of a cave-system filled with fissure-worms found at the eastern mountain sides of the southern High Pass, as well as the ridge found around the cave. The worms in these caves are led by a particularly nasty specimen that has claimed the lives of many. Coming from Hrimbarg adventurers follow the eastern mountain-side and will find a pass through the ridge to a cave mouth. From the Camp Site Fire of the area, after rounding the mound, run north-east to the Writhenbores, then select either of the two cave mouths; the western entrance just by the ridge, or the eastern entrance. [27.3S, 9.0E]

This complex of caves called the Writhenbores seems to be formed by a great mass of boulders, larger than even the giants could hope to lift. How they came to be this way is a mystery -– perhaps by the fall of an entire peak upon the mountainside below or some equally cataclysmic event.

The caves are oddly warmer than the wind-stripped slopes outside, possibly heated by a warm spring welling up from deep below the mountain. However, any traveller hoping to take shelter within would be strongly advised to look elsewhere, for this same warmth has drawn a large and deadly brood of worms into these caves, and to carelessly wander within is certain death. — Deed text 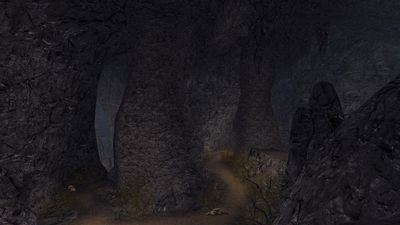 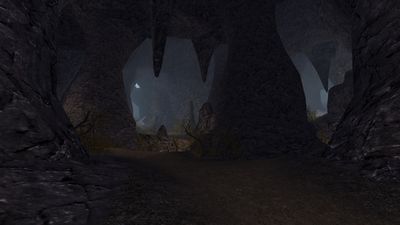 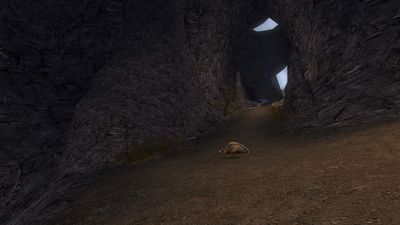 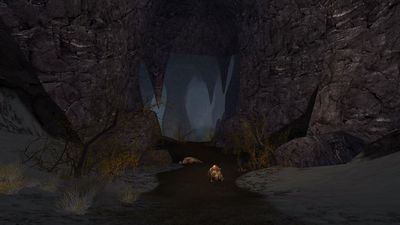 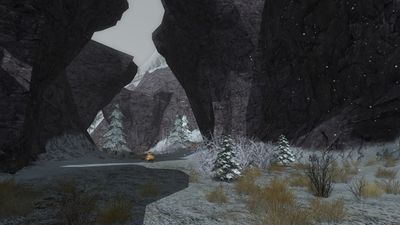