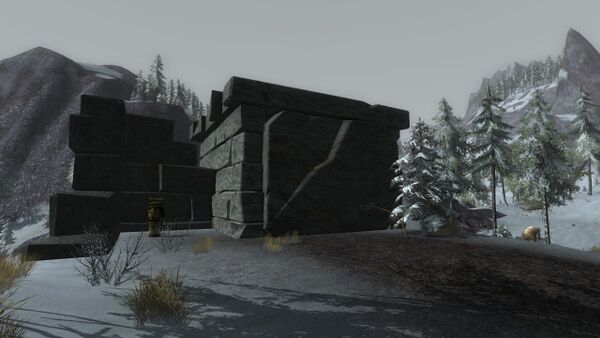 The Lornstone is a landmark within Giant Halls, in the Misty Mountains. [30.5S, 2.7E]

South of the Camp Site Fire of the Giant Halls, and straight west of the Giant's Needle, lies this over-sized hovel. A bunch of square, granite slabs make for a primitive shelter for the few giants who patrol the perimeter, alongside their snow-bear pets.

These deeds can be advanced by exploring the Lornstone:

In giantish terms, the Lornstone would likely be described as a quaint villa or summer cottage. As far as anyone else is concerned, it’s a grim pile of stone with a commanding overlook of the valleys that wind below, providing an excellent vantage for its inhabitants to bowl great rocks upon whatever interlopers are foolish enough to wander this far into the Mountains. — Deed 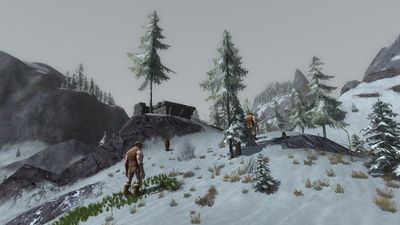 The hill on which the giant hovel stands