The Fall of Khazad-dûm 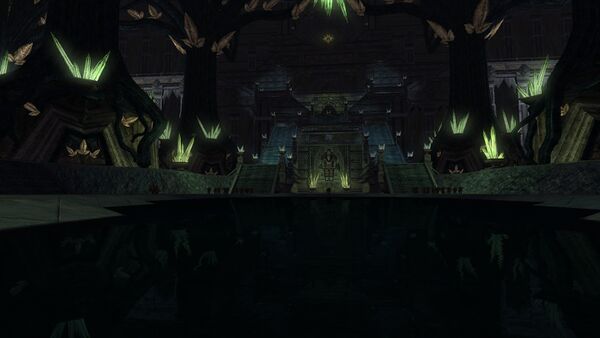 This 12 person raid is part of the War of Three Peaks Instance Cluster. It was released in Update 30.

<Short description of the story ...>

It is available in the Instance Finder after completing Discovery: The Fall of Khazad-dûm.

Estimated completion time is between <20 - ??> minutes.

These mobs are encountered within The Fall of Khazad-dûm:

The Fall of Khazad-dûm Mobs

The fight starts at the west side of the hall with dwarfs and couple of add waves running down the stairs. Note that the dwarfs can not die, but the enemies spawned at this stage have a healing buff, so they will not die to the dwarfs alone. After clearing the adds there is a role play sequence, Durin's Bane spawns between the stairs and kills almost all the dwarfs, so the group will be on their own during the boss fight. There is a smoke wall behind the boss, that is moving with him every phase further into the the room, being inside the wall or behind it damages the player. After dealing 10% damage to the boss, it does a gray induction attack called Arial Smash, which is a huge AOE kick. Players need to start running from the boss, because after the attack the boss walks further east into the room, and the smoke wall follows. Depending on the tier of the raid, the boss can gain additional skill each phase, thus making each phase of the fight harder. The fight is over after getting the boss down to 50%, the group runs trough the bridge and gets to loot the chest on the other side.

After completing the second phase (80% morale), the boss will gain a gray induction attack Ground Smash. He will usually cast it as a first attack after phasing. This attack targets random 3 people and spawns a falling rubble on them. Right after the induction ends rectangles will show on the ground the location where the rubble will spwan, giving players a couple seconds time to move out. Players caught in the rubble will be hit and stunned for a short while. Returning to the rubble too soon may cause a stun on you too.
During the last phase the boss leaves his position in the middle, will be able to move around and also occasionally kick the tank around. He will also gain a debuff that decrease his taken damage.

On top of mechanics from tier 1, there will now be passive fire dot called

Suffocating Smoke - 1 on all players over time. This dot will be tiering up during fight and reset during phasing.
After first phasing, Chasing Darkness will spawn, dropping shadow puddles every couple seconds. It is an untargetable entity that will follow the player with an eye and

Mark of Shadow debuff. It will kill the player on touch so it has to be kited. The shadow puddles on this tier provide high fire mitigation but also an -100% incoming healing debuff -

Shadow Zone
After the fourth stage, the boss will gain another gray induction attack called Fulmination. This is an very high fire attack, in order to survive it most of the players must stand it the shadow puddles granting them additional fire mitigations, which result in avoiding all of the damage.
After the fifth stage, the boss will get a decreasing damage buff called

Oathbreaker's Shame ready for this phase would be a good idea.

Same as tiers above, the boss have an extra gray induction attack called Explosive Line. It will spawn an orb in the middle or either side, after a couple seconds the orb detonate and spawn fire puddles in a line all the way to next stage of the fight. The boss will cast this skill right when the previous fire line is going to disappear, making always one fire line present.
The shadow puddles are now doing shadow damage over time.
The rubbles are now an objects that will continuously spawn more adds until killed.

Pay attention to the skills and mechanics during clearing the adds before boss - same mechanics will be used later in the boss fight.
Classes using AOE attacks need to stand quite far inside the boss circle to hit them.
It is possible to stand between the boss and smoke wall, allowing the tank to stand there and turn the boss's back to the group.
This is the first raid using new revive mechanic. There is a buff on every player, tracking the number of revives available either with a number as

Revives Available: x or as

The higher tiers can usually drop all the items listed in lower tiers.

Most of the items can be bartered for

Motes of Enchantment with the Quartermaster at Amdân, if you have completed the corresponding tier of the raid. 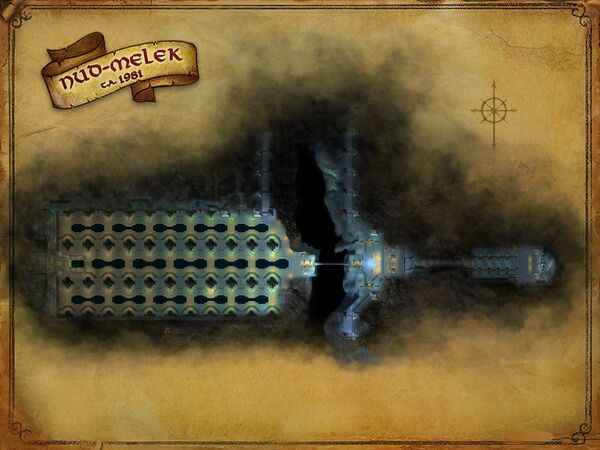