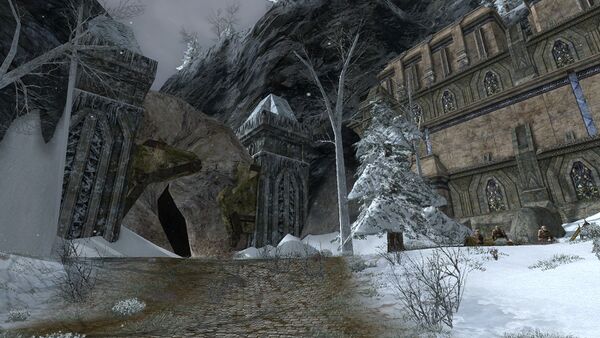 This Dourhand stronghold is located in the south-west of Vale of Thrain and through Orodost, the goblin camp. These days Dourhand dwarves and their evil allies are mustering their forces to begin a final assault upon the Longbeards of Thorin’s Hall and the elves of eastern Ered Luin. The fortress consists of 3 areas: Sarnúr Great Hall, Sarnúr Keep, and the Sarnúr Caverns. The great hall is the first area encountered upon entering Sarnúr, from which you can reach the Keep from the northwestern corner of the upper level, or the caverns from the southwestern corner of the lower level.

Sarnúr is a Public Dungeon and the main source for reputation with Thorin's Hall; the mobs and bosses range level 45 to 50, and all the bosses are rare spawns.

NOTE: All bosses, as well as enemies in the Keep and the Caverns, have extremely high mitigations against all forms of weapon damage outside of Ancient Dwarf.

The following deeds are available and give further reputation: 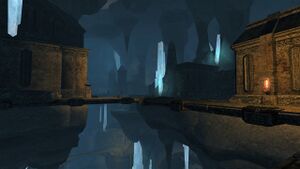 These chambers are inhabited primarily by Dourhand Dwarves alongside their Hendrevail and Cave-claws. In the lower levels, however, the Dourhands battle with the trolls pushing forward from the caverns below. 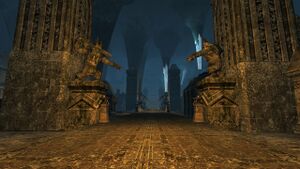 Sarnúr Keep is the innermost chamber and mine shafts, of Sarnúr, reached by the northwest corner of Sarnúr Great Hall

It is within this keep that the Dourhands have strongest control of the fortress. Within these halls, the evil dwarves train their wargs alongside their goblin allies. This keep also holds the great forges of the fortress. 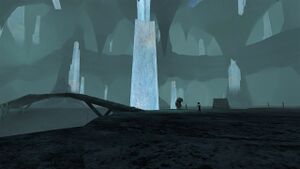 The Sarnúr Caverns are the icy depths of Sarnúr, found by the western passage in at bottom of Sarnúr Great Hall.

The caverns are mainly inhabited by creatures like snow-trolls, cave-worms and snow-beasts. Some spare goblins also wander around, but the main reason why adventurers come here is the presence of the most horrifying and rare creatures of Sarnúr, like the drake Brúllug.

After the Longbeards routed them from the stronghold of Thorin's Hall, the Dourhand Dwarves scattered, maintaining only their hold upon the port of Kheledûl and several small encampments among the Blue Mountains. Many travelled beyond the Ered Luin at the command of a wight masquerading as their chieftain, Skorgrím. While regathering their strength, they discovered the ruins of one of the ancient cities of their forebears, a long-abandoned delving that they renamed Sarnúr.

In Sarnúr, the Dourhands and their evil allies are mustering their forces to begin a final assault upon the Longbeards of Thorin’s Hall and the elves of Duillond. The dwarves of the Blue Stone Garrison have begun recruitment efforts to turn aside the wrath of the Dourhands by going on the offensive. Until the threat from Sarnúr is removed, the dwarves of Thorin’s Hall will be able to lend little aid to the efforts against Angmar. - [1] 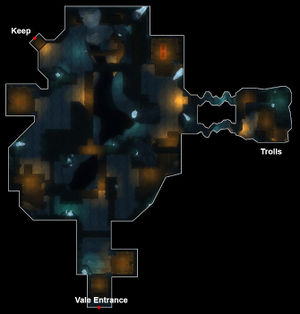 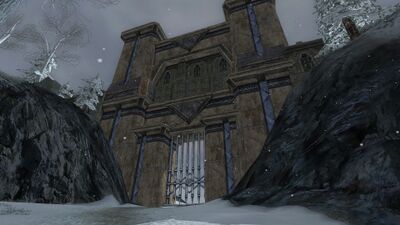