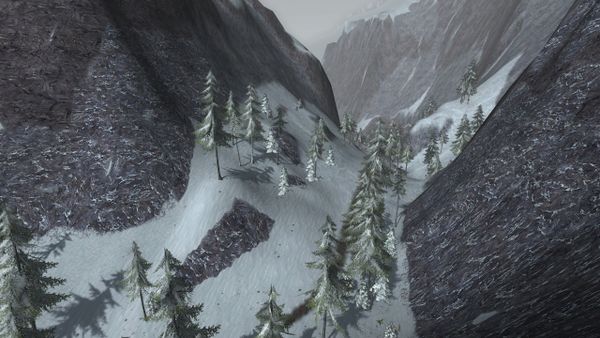 Rakhâs-bizar is a landmark within Giant Halls in the Misty Mountains. [27.1S, 2.7E]

This narrow pass runs between towering mountains from the north-east of Giant Halls to the south-eastern High Crag. Alongside Gabilazan, this pass makes up one of the 2 means of reaching the Giant Halls from High Crag. While the dwarf fortress occupying the other pass may cause travelers to assume Rakhâs-bizar the easier of the two to traverse, they would be surprised when they are met head-on by brutish trolls and merciless giants. If this was not enough, perhaps their enormous snow-bear pets would be.

Rakhâs-bizar has never been well-travelled by the Free Peoples of Middle-earth. For time immemorial, giants have lived in the peaks and valleys to the south, and only those rare few who might call them friends, or who wish to test their mettle against a truly powerful and capricious foe might have reason to travel there. Not many of the latter return. — Deed text 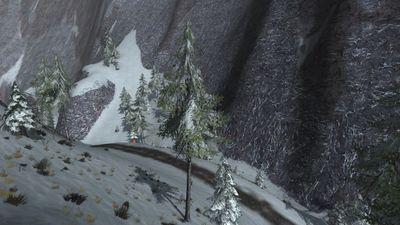 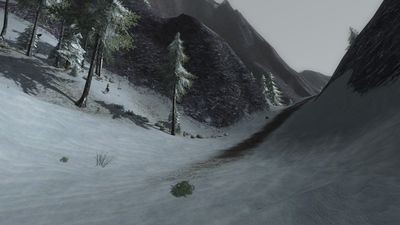