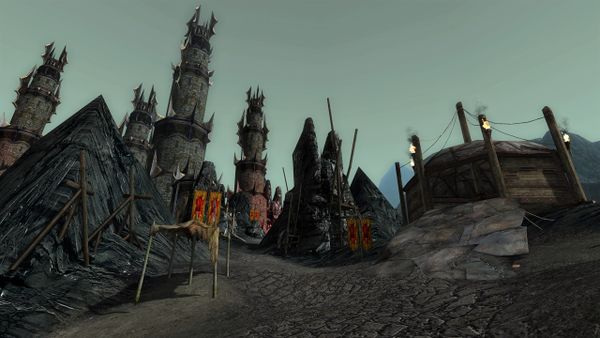 This is the south-west tower of the Witch King's palace. This tower is occupied by goblins who, against their current king's desires, have traveled from Goblin-town in an attempt to form an alliance with the Iron Crown. Prakhum, their emissary, is the one who spearheaded the divergence from the king. 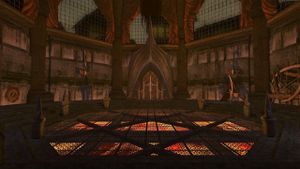 Minas Maur is the south-west tower of the Witch King's palace. It is rumoured that the other eight Nazgûl occasionally reside within these towers, wielding dark sorceries at the behest of the Witch King. — Deed Text

"Spurred by the call of the Dark Lord, the goblins of the Misty Mountains have sent an emissary to Minas Maur to treat with the Iron Crown. If these two forces unite, there may be no stopping Angmar from sweeping through Eriador..." — Instance Text 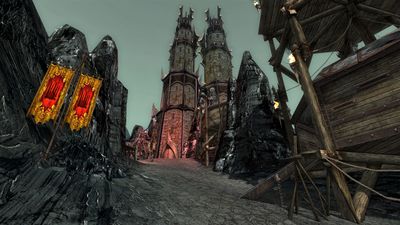 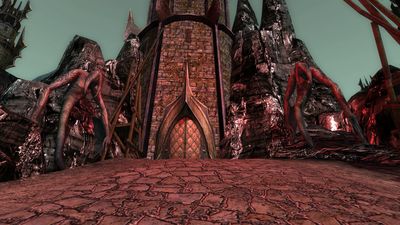