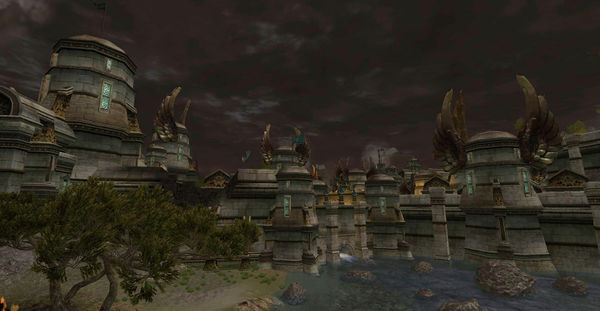 Linhir is a city located within the area of Dor-en-Ernil in Central Gondor. [81.5S, 45.4W]
The town of Linhir straddles the River Gilrain.

The following services can be found within the settlement of Linhir:

Note that the presence of Erchar, Garvir and Herion depends on your character's progress in the regional quest chain.

Linhir is a Gondorian city in Dor-en-Ernil. The river Gilrain flows through the city into the Bay of Belfalas.