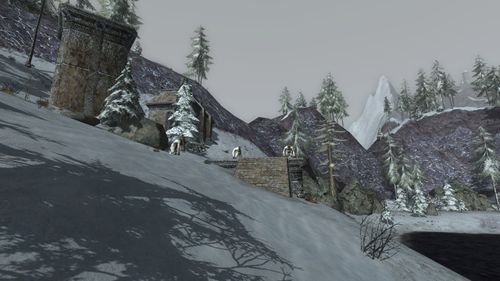 Iskeld's Lookout is a landmark within Western Bruinen Source in The Misty Mountains. [21.5S, 4.6W]

High up the west-most mountain sides of Western Bruinen Source this dwarven outpost still stands, though long since abandoned. Now a large population of vicious snow-beasts are prowling this dwarven structure and the adjacent frozen pond, quite a distance north of Glóin's Camp.

Iskeld's Lookout is one of the oldest dwarf-outposts in the northern Misty Mountains. It was built to stand guard over the source of the river Bruinen and ensure that no enemy would be able to interfere with the life-giving flow of waters down into lands below. After the fall of the Longbeard's fortress to the south, Iskeld’s Lookout was abandoned, and only wild and terrible beasts roam here now. - Deed Text 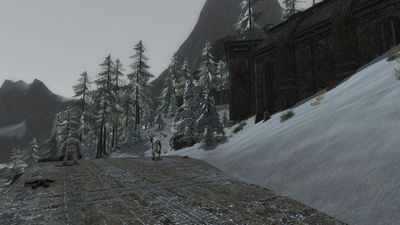 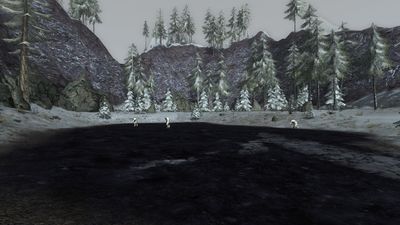