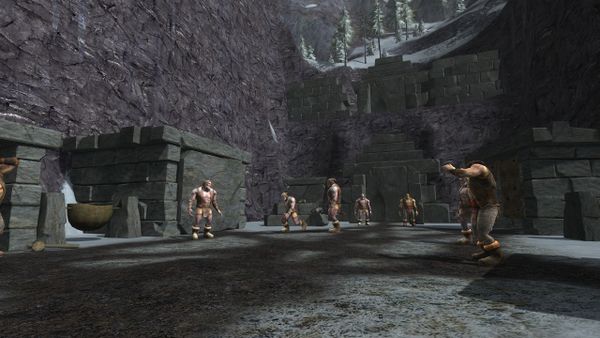 Iorbar is a landmark within the Giant Halls in the Misty Mountains. [30.6S, 5.7E]

Located in the furthest south-east of the halls, this sprawling maze of granite huts and bridges is home to a large population of giants. There are many paths leading from the eastern Giant Halls into Iorbar, but none is safer than the other as the giants are patrolling without much of leeway between themselves. A particularly cruel giant, dubbed the Thunder Lord, leads the giants alongside his three champions Kulgurz, Madfurr, and Sukdyr. 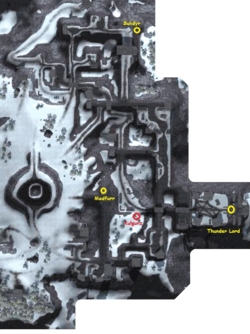 These deeds can be advanced by exploring Iorbar:

Iorbar is a massive, desolate settlement within which the Giants of the Misty Mountains gather from time to time. While Iorbar is not a fortress in any true sense of the word, its sheer size and great stone structures make it a formidable redoubt, and its massive inhabitants make it even more so.

Even at height of their strength within the Misty Mountains, Durin's Folk never made open war against the giants, nor attempted to drive them from Iorbar despite the occasional raids and harassment of travellers; instead, an uneasy truce reigned for many long years until the dwarves were finally driven out of the mountains by goblins. — Deed