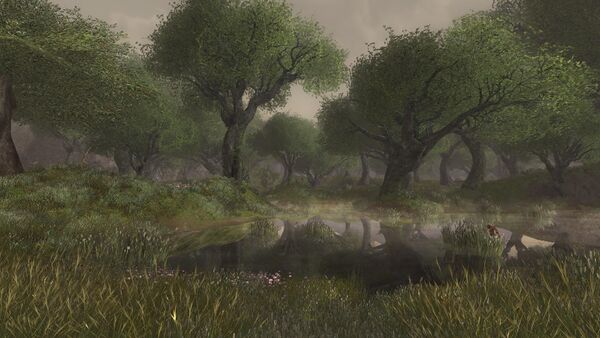 Harloeg is an area within the Lone-lands in the south-eastern region.

Harloeg is Sindarin for "Southern Pool" and it is a forested wetland basin. The eastern part of Harloeg is mostly forest, where trolls are known to have holdouts, while the western area is barer and wetter, with haunted ruins lining the southern cliffs. To the north of Harloeg lie the hills of Talath Gaun.

The ruined fortresses of Nindor and Ost Haer are found here. At the latter are found some odd individuals, one who is involved in deciphering the runes of the past and might give a clue to the epic events that affected the Lone-lands this bad. There is also found a Camp Site Fire.

These landmarks are located within Harloeg: 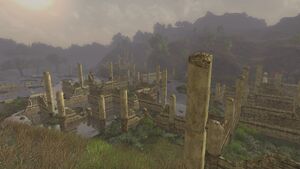 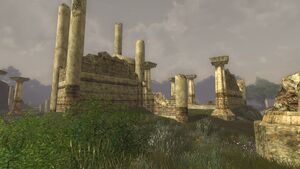 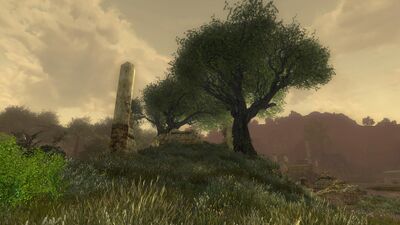 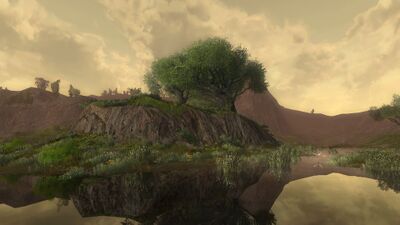 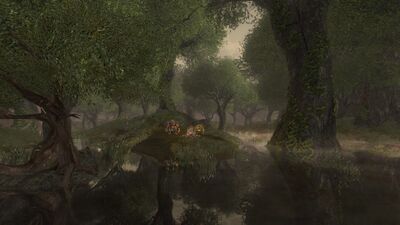 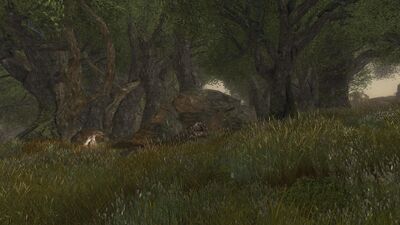 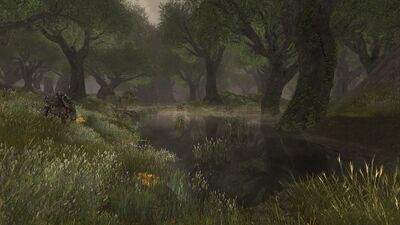 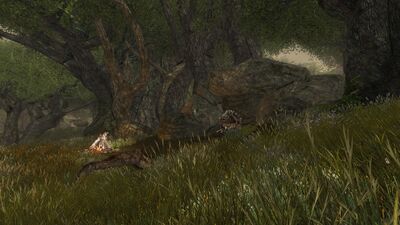