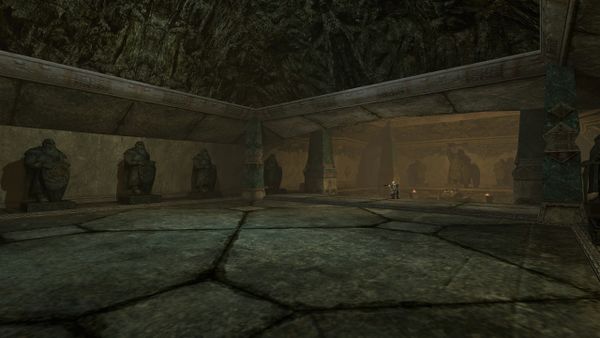 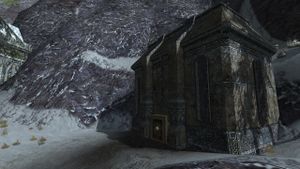 In the southern section of Gabilazan, on a hill east of the main road, lies this tomb. The safer path is to enter Gabilazan from the north, or test you fate and best the giant at the southern entrance.

This is the resting place of Halmur Stoneshaper I, son of Vithurr of old. In a moment of weakness, the gold stored in the tomb was stolen by a Dourhand dwarf. Since then this tomb has been guarded relentlessly by his heir, who admits it is becoming lonesome as of late. 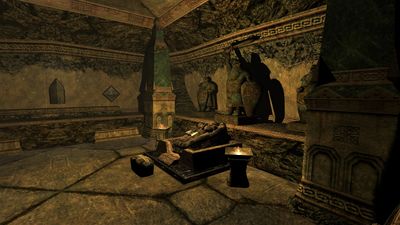 The sarcophagus within the tomb