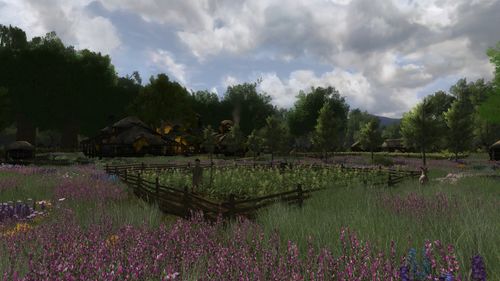 Grimbeorn's Lodge is an instance version of the Beorninghús that is used during the Beorning introduction quests. It is located within the Meadhollow area in the Vales of Anduin. [13.4N, 53.3W]

All descendants of Beorn hail from these woods and dales surrounding the Anduin, from the shores near the Carrock up to the High Pass through the Misty Mountains.

The Vales of Anduin are in Western Mirkwood. However, other than when creating a new Beorning character, access to the Vales of Anduin is only available to Beornings who have slotted the "Return to Grimbeorn's Lodge" trait.

Departure is available via the:

"This hardy horse of Grimbeorn's will bring you to the town of Bree in Bree-lands."

(You are transported to outside the gate at South Bree.)

Alternately, any Milestone skill or other Travel skill can be used to return to those locations.

Present when creating a new Beorning only:

On the western eaves of Mirkwood, on the banks of the Anduin, to the north of the Old Forest Road reside the Beornings, a rustic tribe of skin-changing Woodmen. 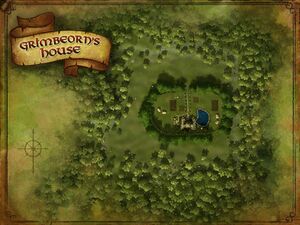 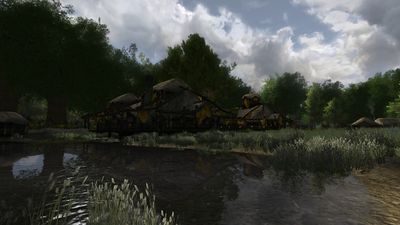 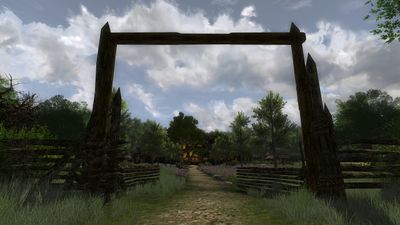 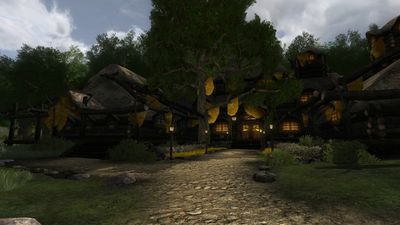 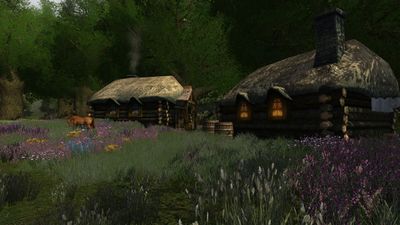 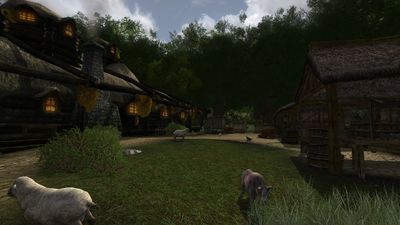 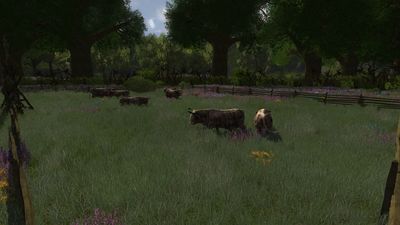 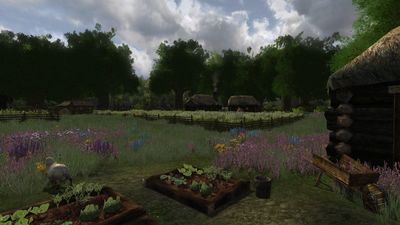