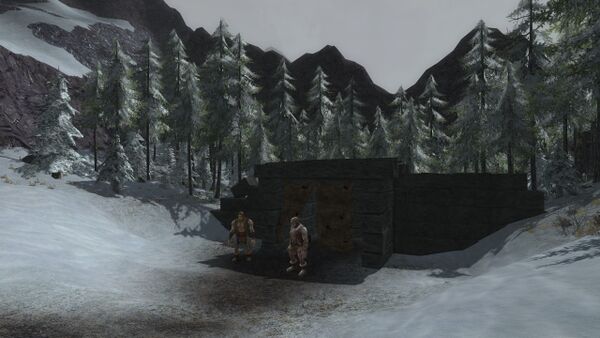 Greybough End is a landmark within Giant Halls, in the Misty Mountains. [31.4S, 3.4E]

These square granite blocks forming a primitive shelter are located straight south of the Giant's Needle, in the southern, lower end of the area. Except for its giant inhabitants, it contains nothing of interest, making it as dull as the colour for which it is named after.

These deeds can be advanced by exploring Greybough End:

Whatever explorer gave Greybough End its name must have been desperately homesick and thinking of greener lands and happier times. Despite the name, there is nothing whatsoever comforting about massive granite slabs piled here like children's blocks. The fact that it serves as a lair to the massive brutes who constructed it only adds to the irony of its comfortingly familiar name. — Deed 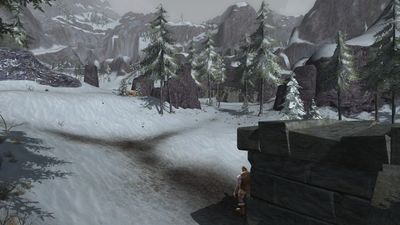