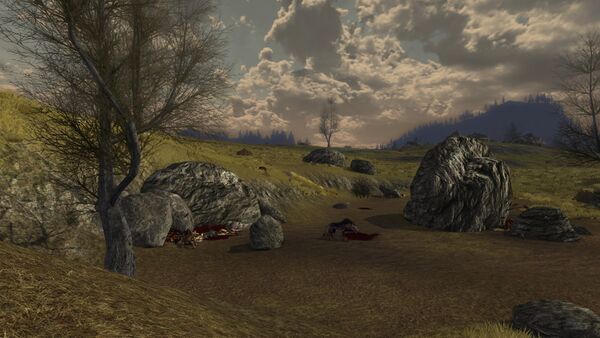 This small hollow, positioned between a long narrow unnamed pond northeast of Eorl's Hallow, and a small rise to the east, contains nothing but a few boulders and a smallish gathering of wargs.

Fang Point is a Warg-camp that threatens the Men of Feldburg, who stand watch on the road.