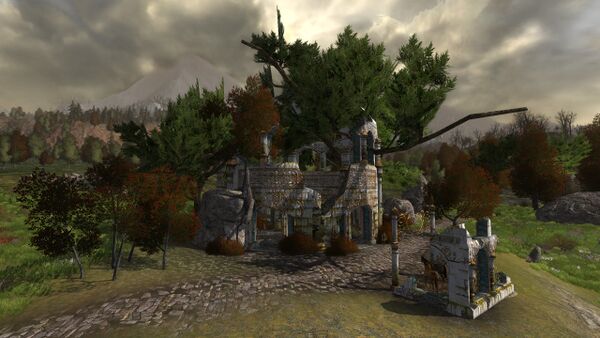 Echad Eregion is a settlement located within the area of High Hollin in Eregion. [47.0S, 12.5W]

These ruins once served as a central waypost in the elf-realm of Eregion connecting to all the other cities of the region. In present day, however, it serves as a minor outpost from which the elves of Rivendell are combating the efforts of the enemy to push north as the pillage and plunder the elven ruins. The elves stationed here are primarily concerned with the activities of the half-orcs in Barad Morlas and Pembar, in addition to culling some the wolves that have devastated the local wildlife.

Encountered by travelers prior to heading south towards Enedwaith or southwest towards Moria, this outpost offers a limited array of services such as a Stable-master and Milestone, as well as a Supplier/Provisioner and a Healer. As previously mentioned, there are also a sizable amount of quests available for dealing with the half-orcs in the nearby ruins. 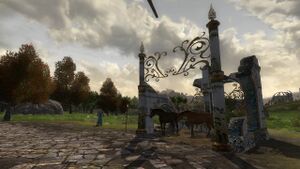 The following services can be found within the settlement of Echad Eregion:

The current encampment of Echad Eregion was once a waypost central to the cities of Eregion in ages past. — Deed Text 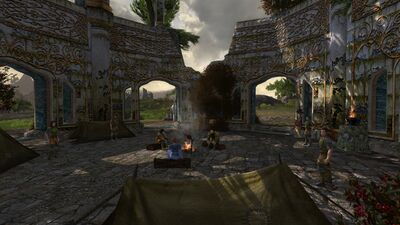 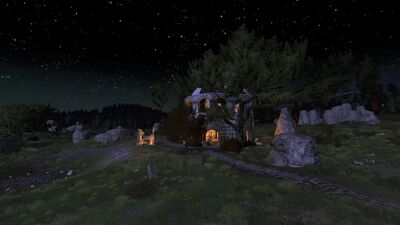 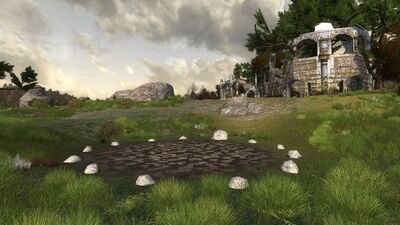 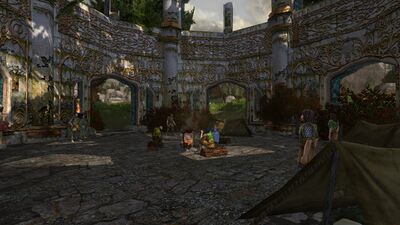 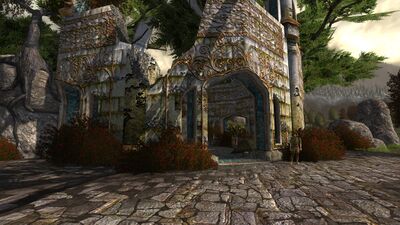