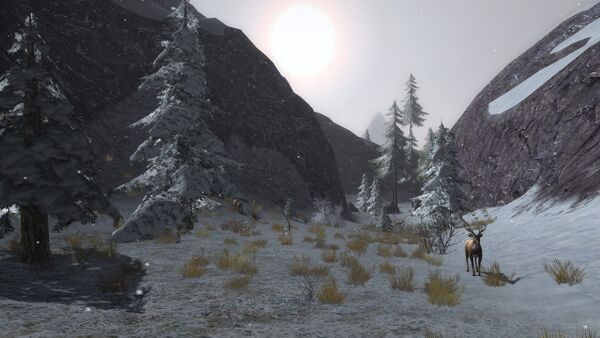 Cirith Daur is a landmark within the Northern High Pass, in the Misty Mountains. [23.3S, 3.4E]

The name means "Mountain Pass Stop" in Sindarin, likely referencing the outpost of Vindurhal at its eastern end. This gorge connects Bruinen Source East to the eastern Northern High Pass. A narrow trail begins at the eastern slopes of Bruinen Source. [21.7S, 2.3E]

These deeds can be advanced by passing through Cirith Daur:

Cirith Daur was once one of the major passes that travellers used to enter the High Pass. Even at the best of times, it is torn by winds and storms and is treacherous to pass through. It often becomes completely impassable during the late seasons, blocking all access between communities on the eastern and western sides of the Misty Mountains. — Deed 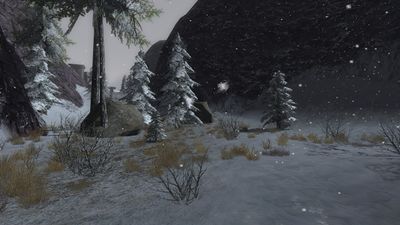 The pass between Bruinen Source East and Northern High Pass