This page is about the area in Angmar. For the instance, see Carn Dûm (Instance). 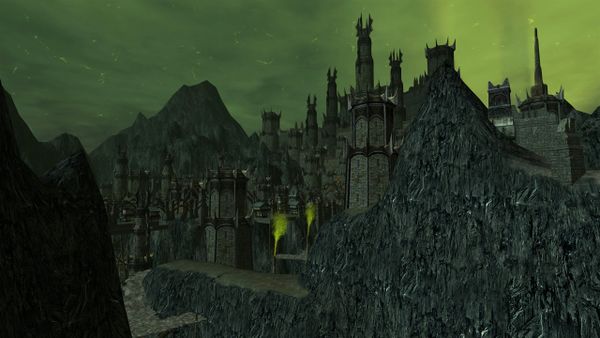 Carn Dûm is an area within Angmar, furthest to the north.

Peer into the frightening fortress-city of Carn Dûm, built upon the slopes of the Mountains of Angmar by the Witch-king, who ruled with an iron fist. Though the Witch-king was driven out ages ago by an army of Elves and Men, rumours abound with stories that Carn Dûm stands poised to strike.

This area is mainly known for its two world instances; the same-name Carn Dûm and Urugarth. But other characters visit this area just for the Epic quests. Either way, there are three camps whereof Tármunn Súrsa provides a little more services, such a Milestone, Camp Site Fire & Mustering Horn, and all quest-givers of the area.

The following creatures are found within the area (instances excluded):