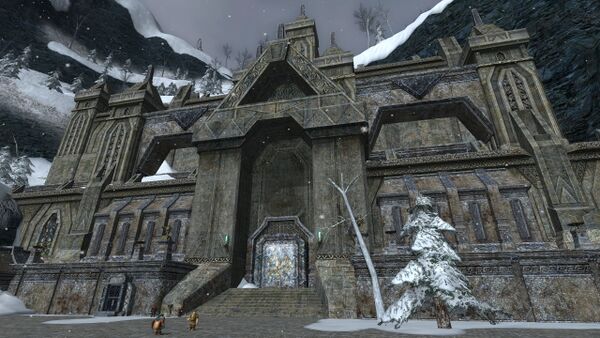 The causeway directly in front of Thorin's Hall, including the hardened gates themselves, is called Thorin's Gates (not to be confused with the area named "Thorin's Gate"). Further to the south, impressive stairs lead down to Frerin's Court.

Beside the main gates to Thorin's Hall, somewhat to the west, a smaller door leads straight into the Festival Arena and Thorin's Hall Inn behind, a perfect short-cut to grab a quick ale. Connected to this location are found the Greenhouse with its farmlands, and a Skirmish Camp. 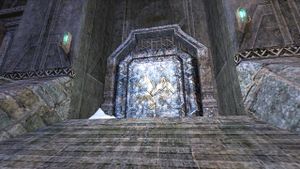 These deeds can be advanced by entering Thorin's Gates:

"Thráin, Thorin's father, named the gates of these halls after his eldest son, Thorin Oakenshield, long before the city itself was known as Thorin's Hall." — Deed text