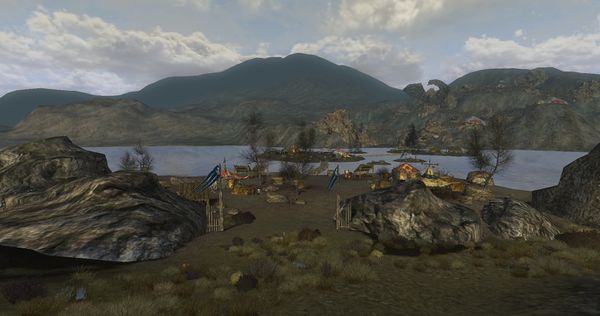 Easterlings have thrown a bridge over the Anduin using several islands and built a large encampment, preparing to invade east Rohan.

The Shallows of the Anduin provide a vulnerable spot for the Wold, for Easterlings attempt to creep across the river in such places.