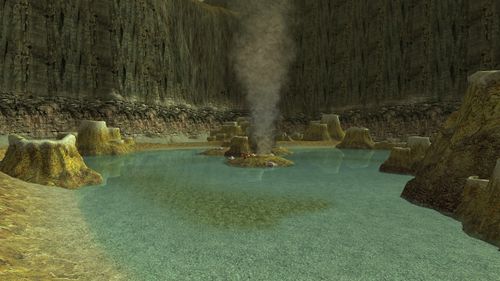 Located under the southern mountain faces of Malenhad is this nook with a large hot spring punctuated with a central geyser as well as steam-venting fumaroles. A very large population of worms have found the area to be a perfect nesting ground.

It is here that the hunter Machan is hiding, wounded from taking on too dangerous of prey due to his reckless nature. 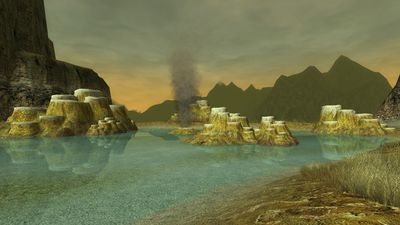 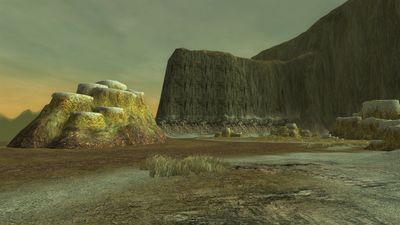 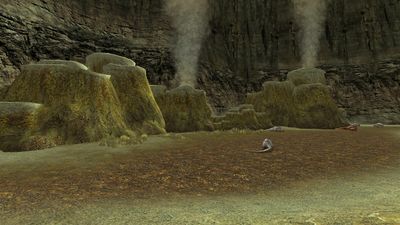