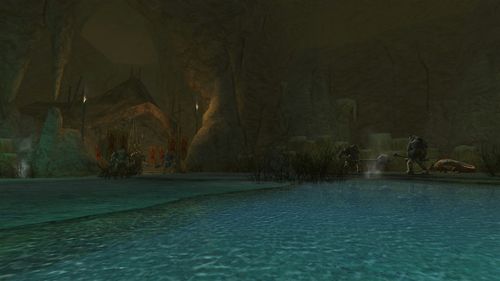 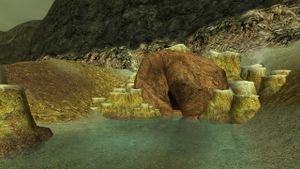 Ologfil is a quest instance within Western Malenhad in Angmar. [1.6N, 31.1W]

This cave is located at the foot of the mountains north of Tyrn Lhuig. Judging by the steam rising from the pools of water inside, it would be wise to assume this to be a damp and humid cave. It is from here that a band of Gorthorog, lead by the brutish Ulkrank, make their home. The trolls seem to keep flame-worms as pets inside as well.

Note: This cave is only accessible during the corresponding quest.

"Fonn, one of the Hillmen of the Trév Gallorg, sent a scout to an ancient cave in Malenhad, the brimstone swamp, where many Gertheryg were observed gathering. The scout, Bethan, never returned, and Fonn fears he may have been taken by the trolls." — Instance Text 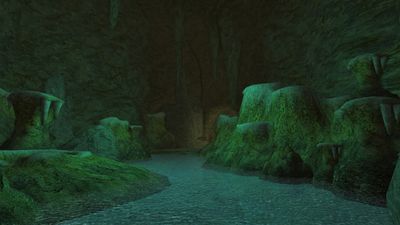 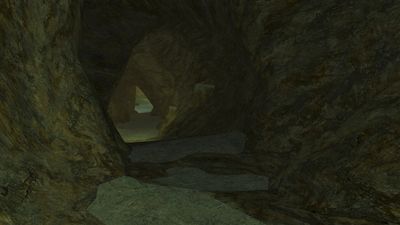 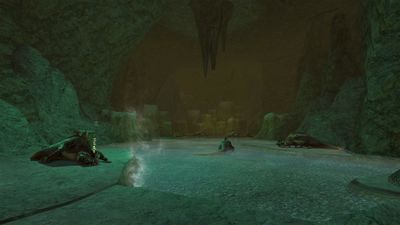