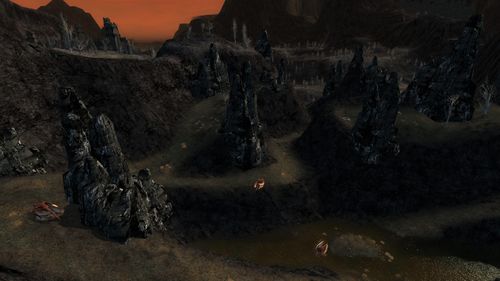 In the south-west-most mountain ridges of these rolling, barren hills is a secluded pocket of strange chasms. In the lower valley, as well as around the passage in, brutish hill-beasts make their home. Within the deeper chasms and higher ridges, a large population of fiery drakes have found a nesting ground. Among those drakes the mightiest is Bloodwing, matron of the drakes. She perches at the highest nest overlooking the lower nests and valleys.

Only during a quest instance 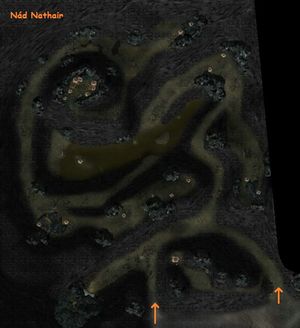 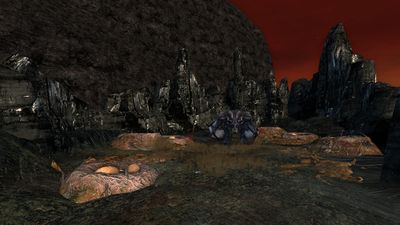 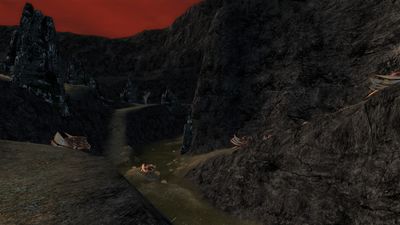 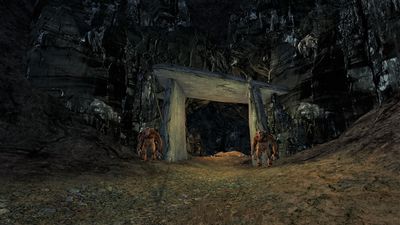 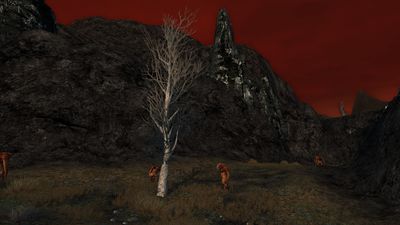 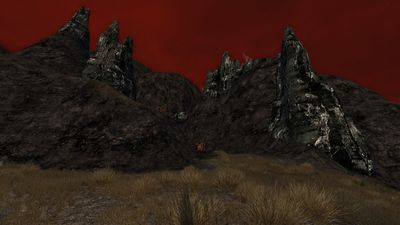