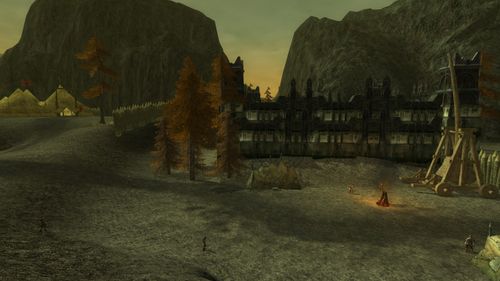 Mor Maudhúl is a landmark within Eastern Malenhad in Angmar. [3.1N, 27.7W]

This camp is built on and around a ruined hill-men town elevated above the brimstone bogs in the south. It is located athwart the main road connecting Eastern Malenhad to Imlad Balchorth to the north and the Angmarim encampment of Bail Boglakh to the west. The camp is fortified by palisade walls patching up an holes that the crumbling hill-men walls don't cover. Two large command tents are punctuated by a series of small tents and fires scattered throughout the camp.

At Mor Maudhúl a large amount of Krahjarn orcs have gathered, as well as a decently sized band of Uruk-hai of the same tribe, where they are diligently patrolling the camp and the immediate areas. A narrow gap in the south-eastern corner of the palisades leads straight into the corner where Ronkûrz, the champion of Maethad, is musing himself with some uruks sparring him.

Mor Maudhúl is an evil camp that overlooks the great sulfur lake of Duvuinen to the south. From here, scouts and commanders can survey the watchfires of the gathering armies and observe their movements as they draw up their plans. — Deed text 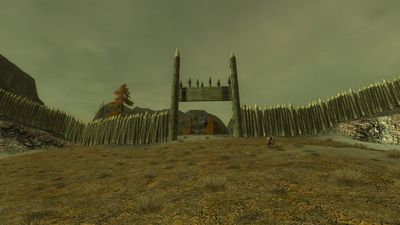 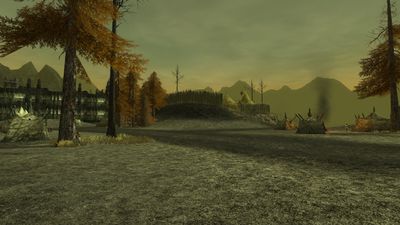 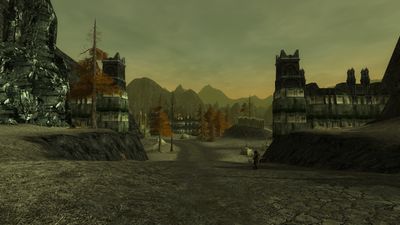 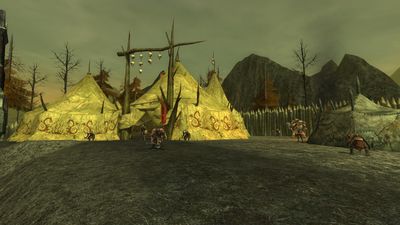 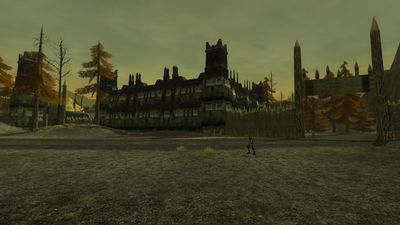